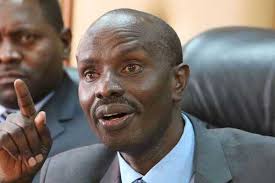 NAIROBI DECEMBER 22, 2017 (CISA) – The Kenya National Union of Teachers (KNUT) has called on the Kenya National Examination Council (KNEC) to recall the 2017 KCSE results to allow for auditing and further scrutiny due to poor performance by candidates.

KNUT Secretary General Wilson Sossion on December 21 rejected the KCSE results terming them as a “blunder of monumental proportion”.

“We condemn the release of the exams in the strongest terms possible as it amounts to fraud that has led to mass failure of students,” Sossion said in a statement.

According to the results released on December 20, out of the 610,501 candidates who sat for the Kenya Certificate of Secondary Education Exams only 70,000, or 11 percent, are qualified to join university after scoring C+ and above.

While releasing the exams Education CS Dr Fred Matiang’i said: “This is a true reflection of candidates’ result, without manipulation and massaging of the results.”

Sossion however said that due process has to be followed to the later in order to correctly assign grades to the raw marks by the chief examiner and team leaders.

“It is shameful as a nation that only 70,000 candidates can go to university. What happens with the remaining 25,000 places that we have?” he asked.

He spoke after the National Super Alliance (NASA) leader Raila Odinga asked the education ministry to listen to the voices of parents, students, and teachers negatively affected by the results.

Raila said the high number of candidates missing varsity entry points is worrying as it will bleed the country of “its much-needed skilled labour force.”

KCSE was administered from November 7 to 30 in 9,158 centres across the country.