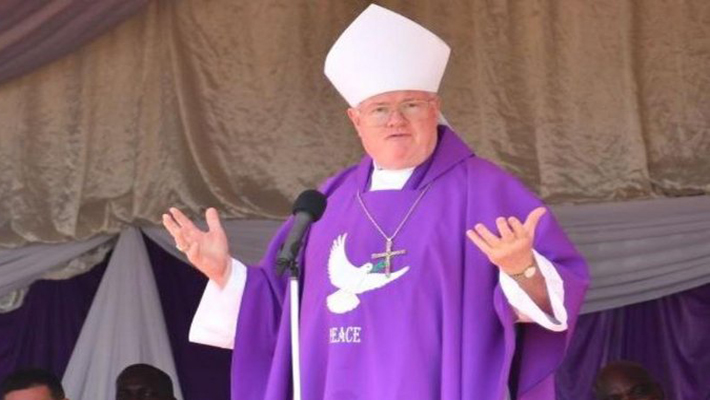 NAIROBI, AUGUST 28 2018 (CISA)- Archbishop Charles Balvo, the Apostolic Nuncio to Kenya and South Sudan has  encouraged both the Clergy and the faithful to live with love, by bearing witness in everything they do.

He was speaking to Fidei Donum priests on Thursday, August 23, during a one-week workshop at JJ McCarthy Centre in Nairobi.

Speaking of missionary awareness, the Nuncio said that the missionaries should not think of their mission on Earth without seeing it as a path of holiness.

“Each Saint is a mission, planned by the Father to reflect and embody, at a specific moment in history,” he noted.

The Archbishop said that Pope Francis encourages all to let the grace of baptism bear fruit in a path of holiness and by turning to God in every situation.

Drawing reference from the Pope’s third Apostolic Exhortation Guadete et Exsultate which addresses the call to holiness in today’s world, he said that the life of a Christian is to be filled with joy, and the search for holiness does not involve a list of what people cannot do but rather of what they can and should do.

“Each and every person, whatever his or her condition or state in life, is called to holiness. Each believer must discern his or her own path in order to bring out the very best of themselves and the most personal gifts that God has placed in their hearts,” he said.

“The holy Spirit bestows holiness in abundance among God’s holy and faithful people, not as individuals without any bond between them, but rather as people who might acknowledge him in truth and serve him in holiness,” he added.