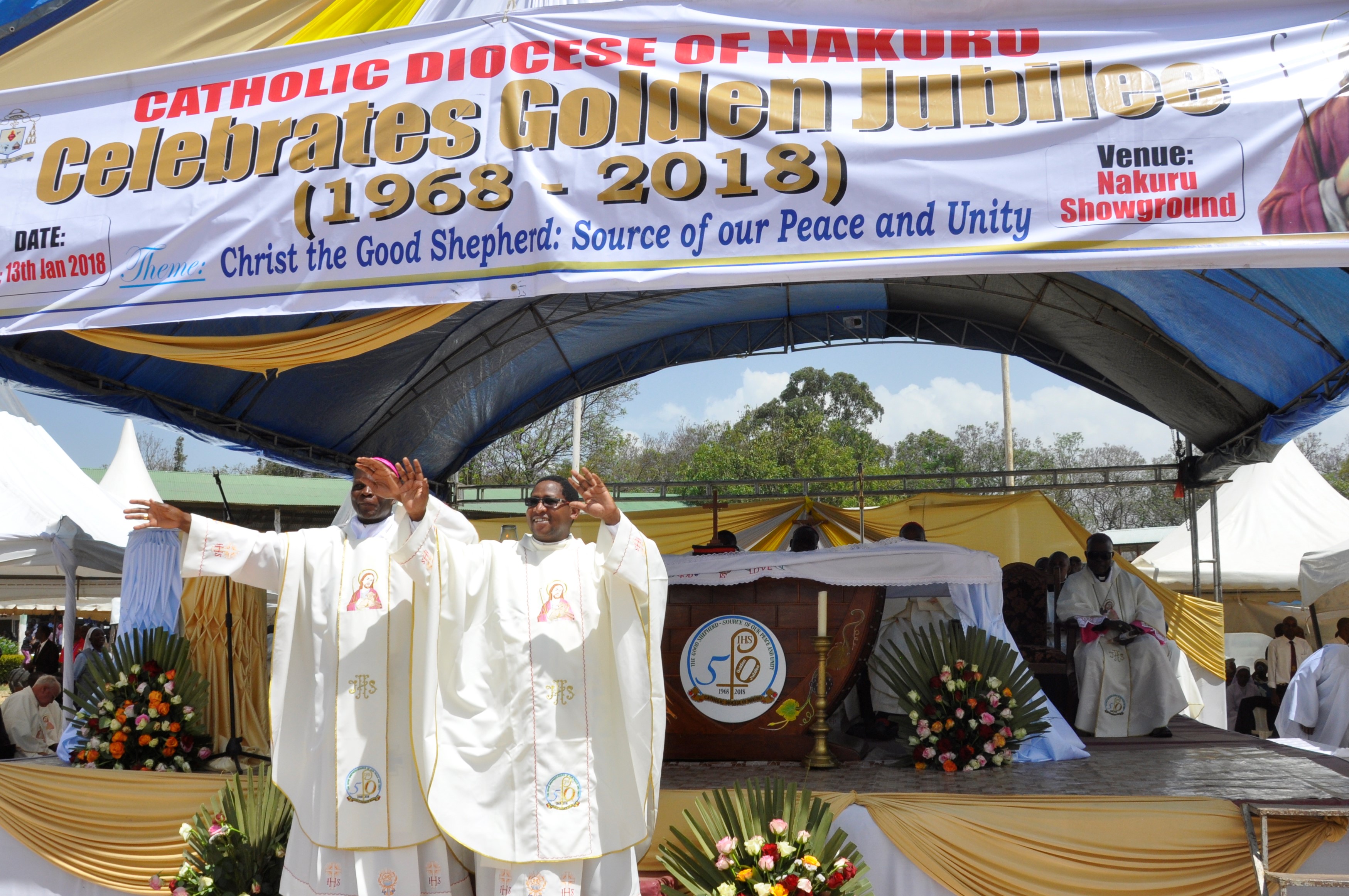 The event was preceded by Holy Mass celebrated by John Cardinal Njue of the Catholic Archdiocese of Nairobi and concelebrated by Bishop Maurice Muhatia Makumba of Nakuru Diocese.

Cardinal Njue urged Christians to be instruments of peace as a way of strengthening the church.

“It feels good when people live together harmoniously as brothers and sisters. Whether you have come from the north or south, it is important to note that we are all created in the image of God,” the Cardinal said in his address.

In his homily, Bishop Makumba said the event was a celebration of growth of faith in the diocese for the last 50 years.

“This is a celebration of growth of faith which was impacted on us by missionaries some of who are also celebrating golden jubilee of priestly ordination,” said Bishop Makumba.

Preparations towards the Golden Jubilee celebration commenced on January 14, 2017 guided by the Jubilee cross that was circulated in all parishes within the diocese except in two due to security concerns.

“We had a Jubilee cross which circulated in all our parishes within the diocese from Maai Mahiu in the north to Rotu in the south to allow all the Christians to participate in the way of the cross,” said Bishop Muhatia

The way of the cross enabled Christians to fellowship in their parishes and homes through adorations and Eucharistic celebrations.

“The gospel without the way of cross will lose its meaning. That is why there was a necessity of the availability of the cross from the preparation stage to the culmination of the Golden Jubilee,” added the bishop.

Nakuru diocese was founded on January 11, 1968 and administered by Apostolic Administrator, the late Monsignor Denis Newman.

This was when two separate jurisdictions were set up from Eldoret Diocese: Lodwar Prefecture Apostolic to the North and Nakuru diocese to the south. Today,the diocese is composed of 50 Parishes.