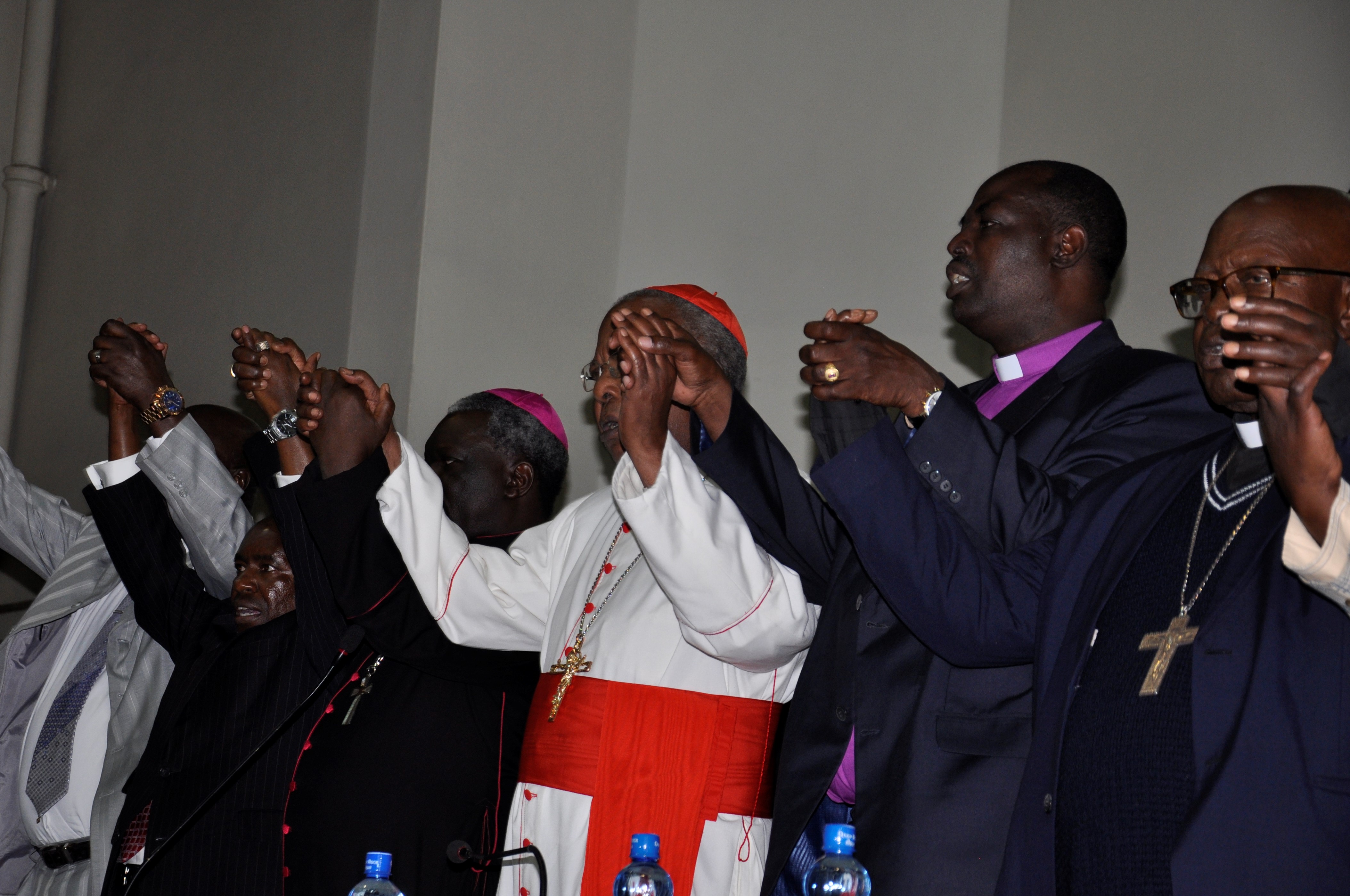 MOMBASA DECEMBER 15, 2017 (CISA) –Religious leaders in Mombasa under the umbrella group Mombasa Church Forum (MCF) have called for an all inclusive national dialogue that does not only favor politicians in order to solve the country’s problems.

“While Kenyans are desperately longing for lasting solutions to the chronic issues that threaten to fragment our beloved country, we your shepherds urge all citizens to play your rightful role in expanding the democratic space and ensure the national dialogue favors citizens and not the political elite alone,” said the bishops in a statement.

The bishops representing the Christian Churches in Mombasa County noted that elections are inevitable and negatively impacted by unresolved but well documented issues that amount to grave social injustices to many Kenyans.

“A number of these issues are repeatedly highlighted in past commissions and task forces reports but remain unresolved due to lack of political good will on the part of successive governments since independence,” they said.

“In sharing our resolutions, we’re reclaiming our collective responsibility of being the conscious of the nation and inviting the state and non state partners to urgently resolve the same issues which in our view should form the basis of the national dialogue agenda,” added the bishops.

According to the bishops, the problems facing Kenyans include but are not limited to: regional development imbalance, unemployment, delayed land and police reforms, poor governance that has succumbed to institutionalised corruption and impunity, as well as alarming national debt.

Other issues the bishops said are; extrajudicial killings, lack of transparency and accountability, selective justice in favor of the rich, and silencing of citizens through intimidation by police force that thrives on killing rather than arresting and prosecuting suspected criminals and perceived political opponents.

“…we look with hope at the future of this great nation when all valleys keeping Kenyans divided will be levelled and the equal dignity of all Kenyans will flourish along the valleys, winding roads, mountains and hills of this wonderful country,” they said.

In view of the tragic accidents witnessed in various parts of the country recently, the bishops appealed to Kenyans to exercise caution and moderation in this festive season.