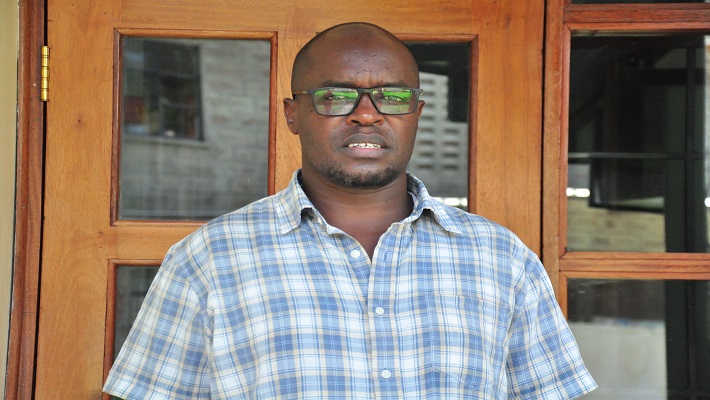 NAIROBI, MARCH 22, 2022 (CISA) – “The fact that there is a great sense of peace across the country, this becomes the best time for him to come in the sense that previously it could have been very difficult for many people to travel for example to Juba to attend the event because he (Pope Francis) is not coming to only visit the leaders but also the people and so this time becomes the best time because many people can now travel to come,” says Fr Augustine Edan Ekeno SJ, a Jesuit priest who has worked in South Sudan for five years, in an interview with CISA on March 17, 2022.

The Jesuit priest who is currently in Nairobi also lauded the efforts of the various leaders to work together as symbolic in fostering peace in the youngest nation in Africa.

“Right now, as we speak, thanks to the revitalized agreement, there is a great sense of peace and stability in the country. The coming together [of Salva Kiir and Riek Machar] as symbolic as it is, has sort of sent a message across the country that it is actually possible for the people to come together and work for their own good and for the good of their country,” he said in the interview.

“I think it is the best time for Pope Francis to come and see whether the symbolic kind of message that these gentlemen and the Lady through the retreat and their own conversations with Pope Francis and their own kind of resolutions and their promises that they made to the Holy Father. I think Pope Francis is coming now to explore and see whether there is some kind of progress since that retreat,” he said citing the Easter Ecumenical and diplomatic retreat of April 11, 2019, that brought together South Sudanese leaders including Salva Kiir, Riek Machar and Rebecca Nyandeng’ De Mabior.

Fr Ekeno asserted that “this is the best way for him to come as a way of actually trying to see, to what extent has the agreement really worked and what direction at this point, in particular, are they willing to take the country and the people and so for me, this becomes the best time for Pope Francis to come not just to visit these gentlemen but to examine their own progress in terms of the commitment they have made to work together.”

The former parish priest of St. Teresa’s Reconciliation Parish in Rumbek, South Sudan and also the Director of Multi-educational and Agricultural Jesuit Institute of South Sudan (MAJIS), revealed that the peace and stability that the country has gained in the recent past will work favourably for the people of South Sudan to mobilize and welcome the Pope.

“I know of some friends of mine that are even planning to walk as a kind of a peace pilgrimage. To walk to Juba as a way not only to celebrate the papal visit but also to send a signal that there is a lot in terms of peace that has happened in the country to the extent that people can actually walk to Juba and make that kind of sacrifice as a way of demonstrating the achievements that have been made,” he said.

Pope Francis is set to make his much-anticipated visit to South Sudan from July 5 to 7 of this year. The pontiff has been tirelessly pushing for peace in Africa’s youngest nation.