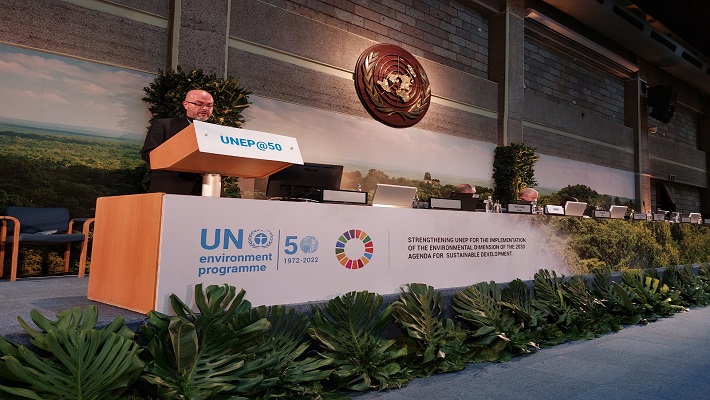 NAIROBI, MARCH 4, 2022 (CISA)-As the United Nations Environment Program (UNEP) marks the 50th anniversary of fighting for a safe environment, Pope Francis has praised the program for fronting and articulating environmental issues at an international level.

In a statement signed by Cardinal Pietro Parolin, Vatican’s Secretary of State, on behalf of the pope and read by Monsignor Jose Antonio Texeira Alves, consular at the Apostolic Nunciature in Kenya on March 4. The pope implored members of the international community to work in synergy and responsibly to take care of our common home.

“This awareness becomes even stronger when we note that, after fifty years, we are living an unprecedented experience in the human existence: the need to face and manage a worldwide pandemic through a profound solidarity and fraternal cooperation between the world’s peoples,” the statement reads.

“The Holy See acknowledges the work done for better plastic management, another of the great challenges to which the international community is called to solve in a short time to guarantee a better common home for us and future generations,” Pope Francis said in a note to Ms Inger Andersen, the Executive Director of UNEP, on the passing of the resolution on plastic waste.

The historic resolution to end plastic pollution was endorsed by 175 countries. It creates an intergovernmental committee to negotiate and finalize a legally binding agreement by 2024.

The pope further appealed to humanity to unite and save the earth from existing damage before it gets too late.

UNEP celebrated its 50th anniversary at a special session in Nairobi on Thursday, March 4, calling for more action worldwide to overcome climate change, biodiversity loss, and rising levels of pollution and waste. The event was attended by the host President Uhuru Kenyatta of Kenya, Botswana’s Mokgweetsi Masisi, and Nigeria’s Muhammadu Buhari.