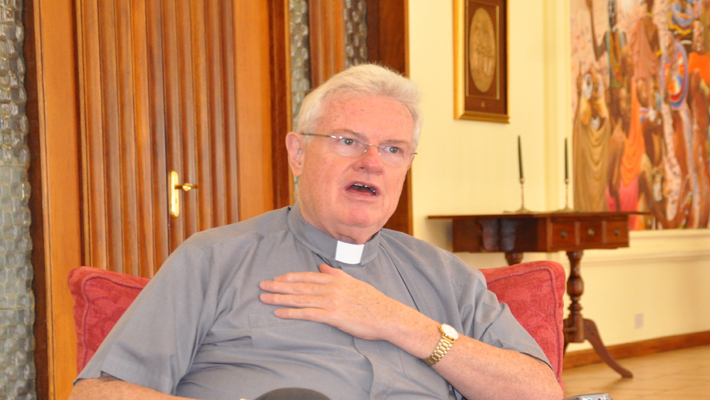 In an interview with CISA on September 25, at the Nunciature in Nairobi, he confirmed that information on his appointment was published September 21, upon acceptance by the Government of Czech Republic.

Earlier “after I accepted the appointment, the government of the Czech Republic was asked to approve my appointment” before it was made public.

“When I leave, Monsignor Marco Ganci will be in charge of affairs for the Nunciature until my successor arrives,” adding that “he would have full power as the Nuncio as far as the church is concerned but not as far as the Government is concerned until he presents credentials.”

In reference to the ongoing process in line with the appointment of bishops to the vacant dioceses in Kenya, the Nuncio insisted that the process will continue and in the absence of the nuncio, Monsignor Marco still has the power to make the announcement of a new bishop.

“South Sudan is less of a burden because someone was appointed in June to be the apostolic counselor for the country,” he said.

Archbishop Nuncio was appointed to Kenya on January 17, 2013 and arrived in the country on April 12, 2013 being his second diplomatic mission in Africa after Ghana.

“My first post in the diplomatic service was in Accra covering three countries; Ghana, togo and Benin,” he said.

On December 21, he was appointed the first apostolic Nuncio to south Sudan with his residence in Nairobi.

During his reign, Pope Francis visited Kenya in his tour for Africa a highlight he says “is the greatest among the ambassadors in any country where it is a feather in your cap if you managed to bring your head of state to visit while you are there.”

“I will always keep Kenya in my prayers, in my thoughts and most of all that people enjoy the faith nurture it, let it grow for the good of people in Kenya,” he said.