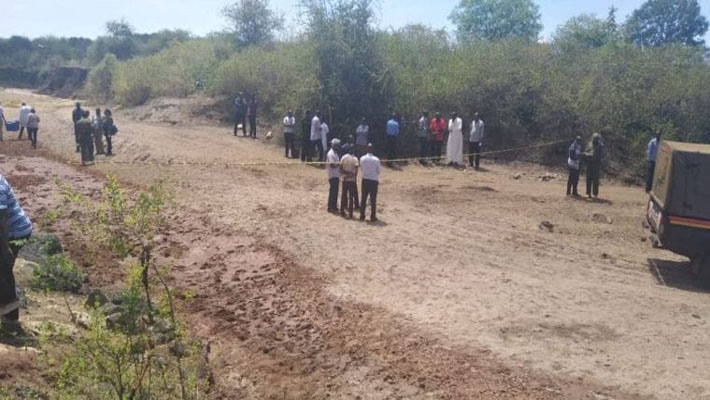 MAKIMA, OCTOBER 18 2019 (CISA)-Three suspects have been arrested in connection to the murder of Fr Michael Maingi Kyengo, the assistant Parish priest of Thatha Catholic Church.

The body of Fr Michael Maingi Kyengo, a priest within the Catholic Diocese of Machakos was found on October 15 buried in a shallow grave on the banks of a river in Makima, Embu County.

“Blood stained clothes belonging to the suspect which he had tried to wash were also found and taken to the Government Chemist for further Forensic Analysis. Investigations into the murder continues,” the DCI reported on October 17.

A knife suspected to have been used in the murder was recovered from a pit latrine where the main suspect had rented two rooms.

Fr Michael was reported missing from October 8, while on his annual leave. He had visited his home in Kaewa, Machakos County to see his mother.

“He left on Tuesday last week at around 4 pm, driving his car. He was accompanied by a mason who had been fixing a fence at our home. The mason was to be dropped at Kaewa shopping Centre,” said Juliana Wayua, his mother.

The man who led the police to the scene of the grave was the first person to be arrested in connection to the murder. The body of Fr Michael was exhumed on Wednesday October 16 by the police for postmortem examination.

The motive of the grisly murder is yet to be made clear even though a substantial amount of money is reported to have been withdrawn from his bank account during the period he was missing.

Fr Michael was the lastborn in his family and ordained a priest of the Catholic Diocese of Machakos in 2012.

The Catholic Diocese of Machakos is yet to give an official statement on the murder.