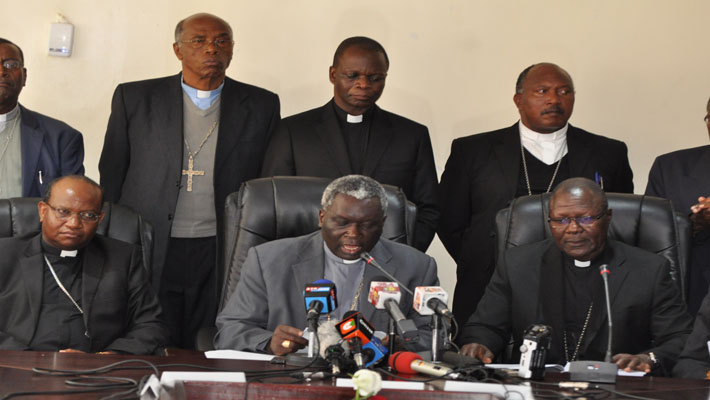 NAIROBI, MAY 10, 2019 (CISA)-The Kenya Conference of Catholic Bishops, (KCCB) today lamented the current situation of corruption in the country, saying it has reached national disaster levels.

In a statement read May 10 at a press conference in Nairobi, the bishops urged the government to use the state departments in identifying and prosecuting the culprits.

“With your state machinery you know who is corrupt. If figures of alleged stolen money are correct and information true, as given by the Auditor General and reported in the media, what is the government doing? Why are culprits not being prosecuted and jailed?”

“Why are these agencies not able to process water tight cases expeditiously and have them prosecuted? Are they incompetent or have they been compromised; or is the problem with the judiciary?” the bishops questioned.

The bishops noted that while the government has been seen to be attempting to fight corruption, its efforts seem not to bear any fruits since “…politics seems to be hijacking the discussions, finding its way into any meaningful attempt to address the evil.”

“The scale and magnitude of the allegations of corruption and corrupt deals reported in the media has reached high proportions and this is surely threatening the fabric of the Kenyan society,” bishops said.

The bishops have also pledged to take up the fight against corruption by addressing it “…from the ground upwards not just talking to the top and we will come with clear strategies of how to address it.”

They invited people of goodwill to reject all forms of corrupt practices at their levels to be agents of fights corruption and promote a new spirit of honesty and integrity.