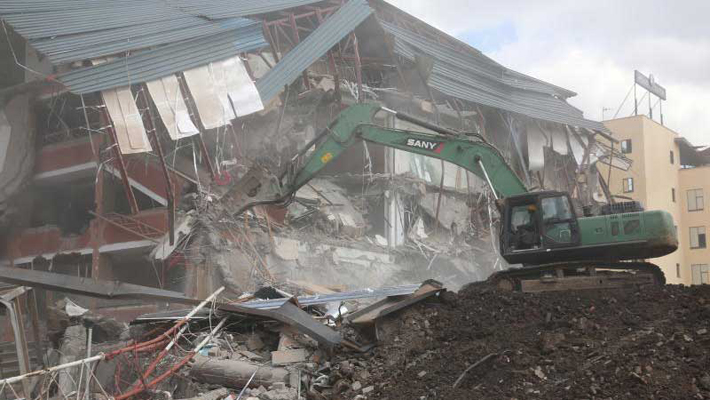 NAIROBI, AUGUST 24, 2018 (CISA)-The Kenya Conference of Catholic Bishops (KCCB) has urged the government to protect the victims of impunity in reference to the ongoing demolitions and Mau forest evictions.

“While we appreciate the need to protect our environment and riparian land next to rivers, we have to ensure that those being evicted and those whose buildings are being demolished are not victims of corrupt individuals who acquired land illegally and sold the same land to unsuspecting victims,” the bishops said in a statement released August 17 at the end of their Extraordinary Meeting held in Nairobi.

They however commended the government’s commitment in the war against corruption.

“We encourage the president and all these agencies involved in the war against corruption not to relent in their effort to eradicate corruption once and for all in Kenya,” they said calling for a strategic and organized war on graft to address the loopholes in the system running across different levels of government and those found guilty regardless of their position be charged in a court of law.

“We ought to fight it at all levels from the ordinary mwananchi, the security agents and to the highest levels of leadership. They should never give in to any attempt to weaken their resolve,” the statement reads.

The bishops urged the Kenya Police not to give into those who want to compromise the judicial system and thwart justice. They challenged them and other security agents to “…be the first to commit themselves to the rule of law.”

“We are concerned that members of Parliament, who are legislators, easily allow themselves to be compromised in their role of passing bills,” the statement said in relation to the allegations that some of the MPs had been bribed so as to reject the report on the sugar scandal.