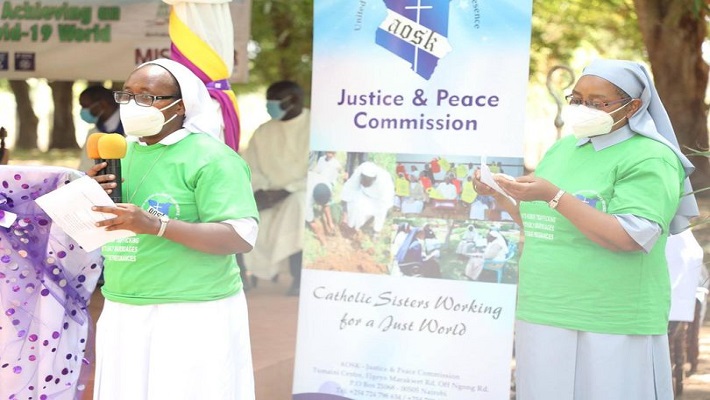 “AOSK-JPC main target was to address issues of injustice especially those relating to women and the growing marginalization of the poor. What triggered this was that it seemed unfair for sisters to remain ignorant to socio-economic and cultural problems when human rights were being violated,” reads a write-up shared on April 30 by AOSK.

The commission was established on April 29, 1991 as one of the programs affiliated with AOSK. Among its achievement, it has trained Women, peacemakers, as champions of justice and peace across the country.

“The program has achieved a number of things amongst them being the empowerment of sisters, women peacemakers, and human rights teachers on issues such as Child rights protection, Gender-Based Violence, Human Trafficking, Civic Education, Devolution, Peacebuilding skills, conflict resolution, leadership, and environmental care,” it reads.

During its 30 years of operation, AOSK has cited covid-19 and inadequate funds as part of the challenges that have affected its programs.

“The number of cases of women and child abuse being reported to AOSK-JPC is more overwhelming to be handled by the program, lastly as much as AOSK-JPC Wants to reach out to more women to join the leadership positions, the affirmative action has remain a major obstacle because of the cultural mindset of our patriarchal society,” it reads committing to impacting to the society positively.