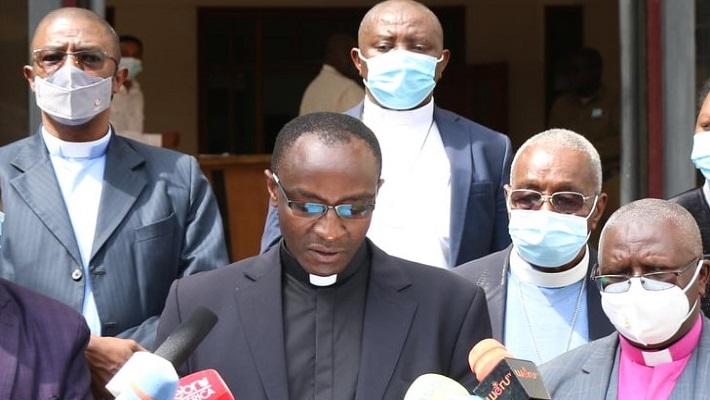 NAIROBI, JUNE 15, 2021(CISA) – The National Council of Churches of Kenya (NCCK) has encouraged youth to avoid being used to perpetrate violence during elections and instead seek leadership positions in political parties.

“There is a strong need for all stakeholders, including state and non-state actors, to adequately address the welfare and status of the youth so that they are not hired as agents of violence and chaos…We further advise the youth to seek and push to assume decision making positions in political parties, and to have youths nominated to run for positions in areas where the parties are strong,” NCCK said in a June 11 statement signed by Rev. Canon Chris Kinyanjui, Secretary General and Archbishop Timothy Ndambuki, Chairman of NCCK.

The Council pledged to take part in organizing forums for youth to develop memorandums of what they will expect and demand for in the manifestos of political parties and aspirants to allow youth participate in shaping the nation.

NCCK urged government to anticipate the cycle of political disputes that characterize elections in Kenya and act ahead to avert them.

“Kenya goes through tension, anxiety, crisis and violence every five years when we have elections. The disruption of life and nationhood is now predictable, and we as church leaders in Kenya now bring a warning to Kenyans … An enemy of Kenya called disputed elections will attack again next year. Let us prepare for it!” NCCK said.

They called for a prepared Independent Electoral and Boundaries Commission (IEBC) and electoral basics to facilitate credible and verifiable elections.

“…put in place adequate preparations for the General Elections. Administratively and procedurally, we remind you of the previously stated minimum requirements for credible and verifiable elections,” they said.