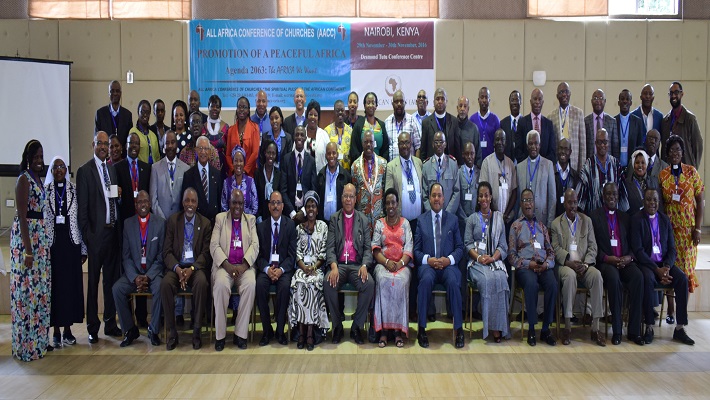 NAIROBI, SEPTEMBER 25, 2020 (CISA)-The All Africa Conference of Churches (AACC) has expressed concern and worry over the rising, unsustainable debts in many countries in Africa and called upon churches to speak up against corruption and emerging debt crisis in the continent.

“…AACC is convinced that corruption within Africa is as much a problem as debt, and definitely causes or worsens the burden of debt in our countries… Since both lead to catastrophic problems to innocent masses, the church cannot stay on the sidelines while God’s people continue to suffer worsening deprivation because of the actions of those bestowed with the responsibility of leadership. The time has come, once again, for us to speak out and to act!” Rev. Dr. Fidon Mwombeki, the Secretary General of AACC said September 23 during launch of the AACC Policy brief on Public Debt and Corruption.

The Secretary General recalled that Churches were the main drivers of the famous Jubilee 2000 campaign that resulted in more than US $100billion of debts owed by the 35 poorest countries cancelled.

“At that time, we had hopes and wishes that poor countries, most of whom were from Africa, will never go back to such enslavement by debt. But alas, here we are today… it is possible that most, if not all of the countries whose debts were cancelled then, have gone back to even higher debts than then… today the situation is more complex with more players who were not there before, most notably China,” he said.

He noted a worrying lack of awareness in the population about the seriousness of the problem of unsustainable debt.

“People are happy to see new developments, especially the megaprojects that have now become a signature of the continent as every country targets to reach “middle-income status by 2025”. There is a lot of secrecy around these mega projects, particularly on contracts, procurement, financing and awarding of tenders and the information is not easily accessible. It is our children whose future is being mortgaged, and who will be unable to undertake meaningful development when their time comes because of the burden we are putting on them before they are even born,” he said noting that sovereignty of some countries may be at risk because of debt.

He added that the challenge of debt is worsened by corruption exemplified by the controversies in the handling of the huge funds countries have borrowed for the Covid-19 pandemic.

The Secretary General noted that churches in Africa play a very central role in most countries, as they are present at all levels of society and they still command a higher level of trust than many other institutions in the society.

“It is on this basis we are launching this policy brief. We want it to restart and reenergize the already existing conversations on the matters of debt and corruption. We want to raise the awareness of church leaders to be equipped with adequate knowledge of the situations in their own countries, and galvanize their members at all levels to interrogate the contexts they are in… We want to see churches condemning these vices, making them known and using their spiritual resources to help both perpetrators and victims of corruption,” he said.

The AACC Policy Brief provides some suggestions for churches to start active engagement starting from their local levels to national levels with the hope of creating a powerful coalition across Africa pushing African governments to deal with these issues.

The All Africa Conference of Churches is an ecumenical fellowship representing 42 African countries. The virtual launch of the policy was attended by among others representatives from the African Union, Advisory Board on Corruption (AUABC), the African Union, Economic, Social & Cultural Council (AU-ECOSOCC), the Malawi High Commission Nairobi, the World Council of Churches leaders, and AACC Member Churches.