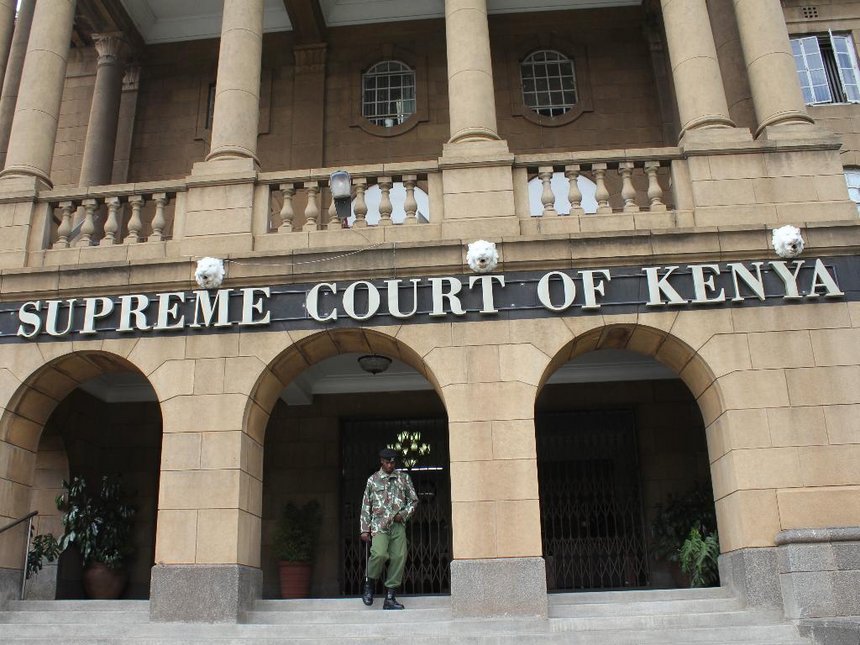 NAIROBI SEPTEMBER 8, 2017(CISA)- The Kenya Conference of Catholic Bishops (KCCB) has called for an end to open intimidation and threats against the Supreme Court that on September 1 nullified President Uhuru Kenyatta’s win.

“We call upon the Jubilee party (ruling Coalition) and other leaders to accept the ruling and stop the threats, intimidation and vendetta against the Supreme Court.

The singling out of Chief Justice David Maraga for vilification carries much more weight than criticism. We can only build our Country together where there is goodwill,” said Bishop Philip Anyolo, KCCB chairman at Waumini House in Nairobi on September .

“While every individual can criticise any institution that he or she disagrees with, said the bishops, attacks that diminish the integrity of the Judiciary and any other public institution should stop,” they added.

The bishops noted that now that supreme had issued its verdict within the required number of days every Kenyan should abide by and respect the decision and for all to the implement the orders accordingly.

On September 2, President Kenyatta hit out at the Supreme Court, questioning the reasoning of their nullification of their win.

“We shall revisit this thing. We clearly have a problem. Who even elected you? Were you? We have a problem and we must fix it,” he said.

He insisted that though he respects the ruling of the Supreme Court and was ready for an election, the judgment in itself, he argued, was wrong both in principle and fact.

“On one hand, we are particularly concerned by the NASA threats to boycott the fresh presidential election that was ordered by the Supreme Court if their ultimatums are not met. On the other hand, we have seen Jubilee leaders acting as spokespersons of the IEBC. These actions infringe on the independence and authority of IEBC,” the bishops said.