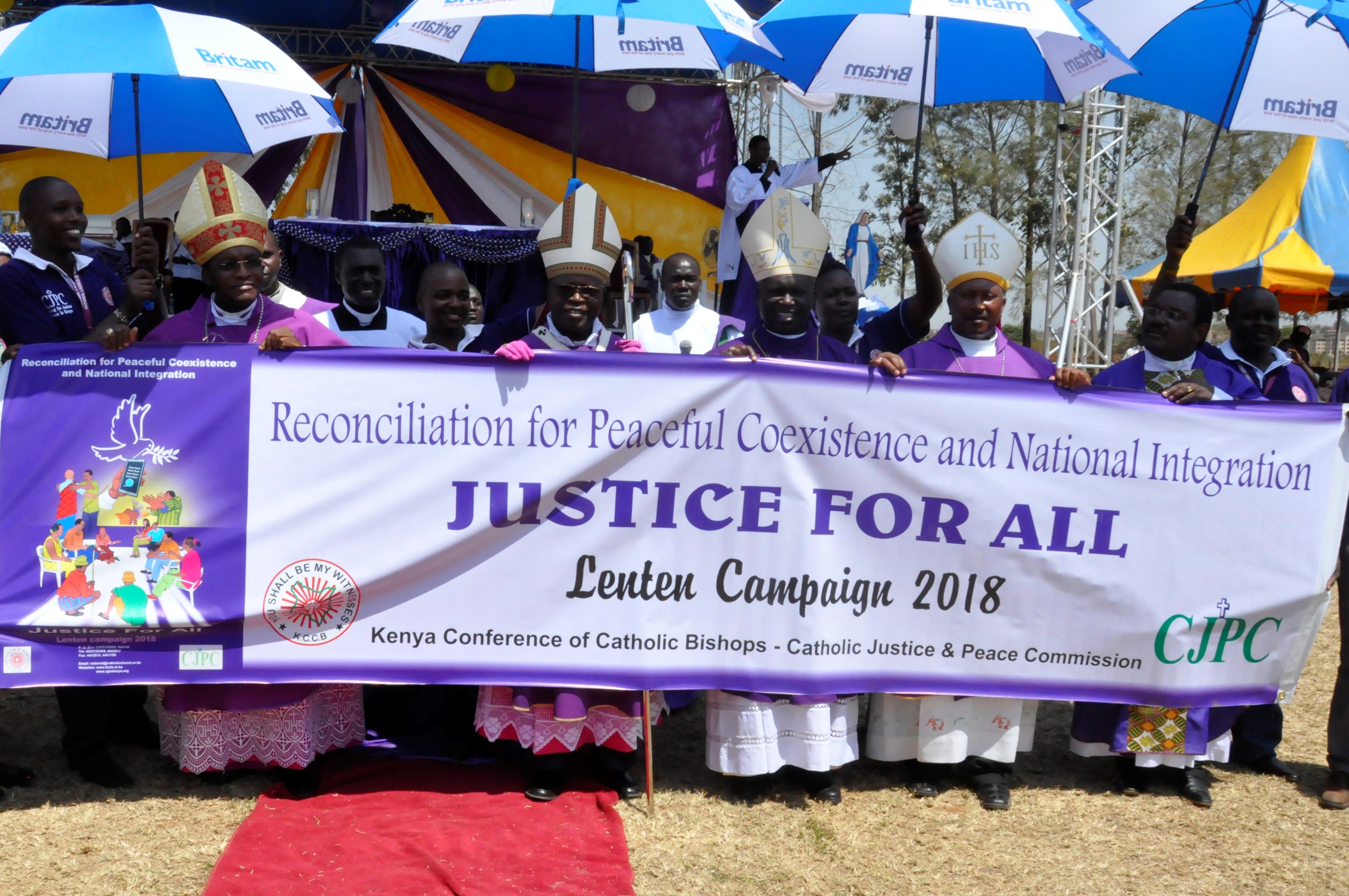 KISUMU FEBRUARY 13, 2018(CISA) – Archbishop Zaccheaus Okoth of the Catholic Archdiocese of Kisumu has called on Kenyans to stand up firm and fight for truth and justice for every citizen.

“The nation is bleeding and we should work hard to bring to bring it back to shape during this time of lent,”said Archbishop Okoth.

He was speaking during the launch of this year’s National Lenten Campaign at Uzima University College grounds in Kisumu on the theme “Reconciliation for Peaceful Coexistence and National Integration, Justice for All.”

“We must sincerely admit that Kenya our motherland is bleeding. During this Holy season of lent, God is calling on all Kenyans to come back to Him. In every aspect we should offer our respect to the love of God,” said Archbishop Okoth.

He said that “This Lenten time is the time for Kenyans to stop and ask themselves three questions: Where are we going as a country? What are we doing to each other? Why are we doing what we are doing?”

Archbishop Okoth further called on Kenyans to strive to plant the seeds of justice now, because there is no peace without justice.

“Because of the increase of inequity and judicial injustice in our country, the love of many Kenyans for our country is growing cold. There is disenchantment and disillusionment among Kenyans. Indeed half of our county is being left behind,” said Archbishop Okoth.

He said that Kenya had reached a point where the rule of law is abused with abandonment both by the government and the opposition.

“Kenya is on the verge of a dangerous precipice. We must not allow Kenya to topple over. We must guard jealously the fabric which keeps our county together, one country indivisible under God,” said Archbishop Okoth.

He thanked Catholic Justice and Peace Commission for choosing Kisumu for the launch of 2018 National Lenten Campaign adding that Kisumu and the entire Nyanza and Western region have had a share of many injustices.

“Let truth be told that the people of this region have suffered heavy repressions since 1969 Kisumu Massacre to date. This has been meted out by successive governments including the current government. Let it be known that the gallant sons of this region who have been vocal on matters of justice in Kenya have been silenced one by one and have paid ultimate price through assassinations,” said Archbishop Okoth.