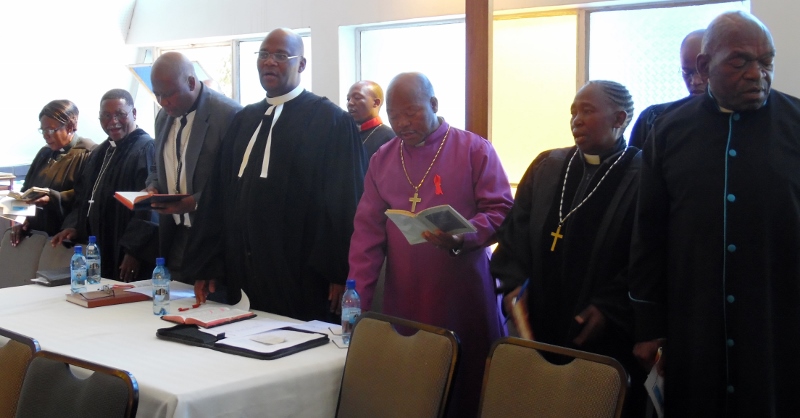 MASERU, SEPTEMBER 15, 2017(CISA) – The Christian Council of Lesotho (CCL) has called on the government, the opposition and the general public to observe the rule of law to ensure peace and stability in the country.

In a statement on September 12, the council warned against media polarization, saying this had contributed to the current climate of impunity and consequent instability in the country.

“This statement serves to remind people that for a nation to be peaceful it has to be governed by the rule of law. We have noted that people are being arrested and tortured and again it is with great sorrow that we learned that three top LDF officials were killed,” read the statement in part.

The statement also follows claims by the opposition, Lesotho Congress for Democracy (LCD) that its deputy leader, Tšeliso Mokhosi, who is facing murder charges in connection with the death of Police Constable (PC) Mokalekale Khetheng was tortured in police custody on September 6.

The church leaders noted that “we have, for several times released statements pleading with the government, opposition and the entire nation to shy away from things that divide the nation torture, further asking for all stakeholders to engage in a dialogue to foster peace.”

The statement was signed by Archbishop Gerard Tlali Lerotholi of the Catholic Archdiocese of Maseru; Bishop Mallane Taaso of the Anglican Church of Lesotho; Rev Tšeliso Masemene of the Lesotho Evangelical Church of Southern Africa; Rev Mapeete Mokhosi of the African Methodist Church and Rev Monaheng Sekese of Assemblies of God Lesotho on behalf of the CCL