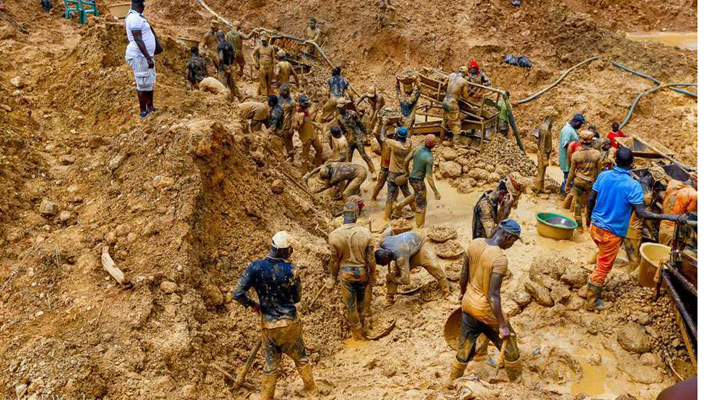 GBONEPEA, FEBRUARY 22, 2019 (CISA) – Pope Francis has sent his condolences to families of the 40 casualties of the February 9 landslide in a gold mine in Gbonepea.

The telegram message was sent by Cardinal Pietro Parolin on the behalf of Pope Francis to Bishop Anthony Fallah Borwah of Gbarnga on February 21.

“His Holiness Pope Francis was deeply saddened to learn of the injury and loss of life caused by a mudslide in Gbonepea, and he expresses his heartfelt solidarity with you and all those affected by this tragedy,” reads the message.

Cardinal Parolin further added that Pope Francis, “Prays for those who mourn the loss of their loved ones and the emergency personnel who assist the victims. Upon all the Holy Father invokes the divine blessings of strength and healing.”

The tragedy occurred when a shaft compartment collapsed burying miners who were working at the gold mine.

He also constituted a technical committee headed by Internal Affairs Minister Varney Sirleaf to work with the National Disaster Management Agency to render appropriate assistance to affected families and communities.