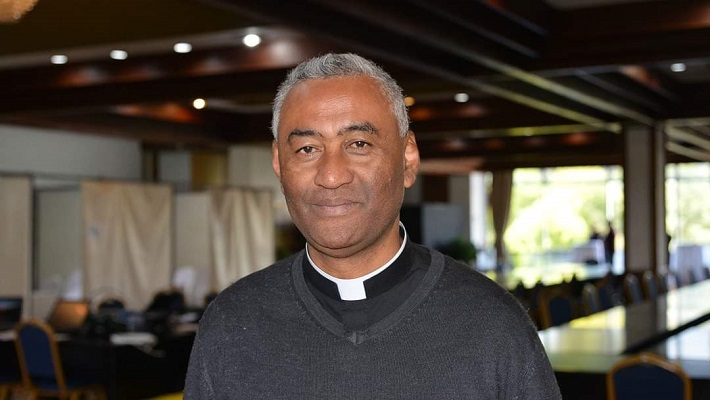 TSIROANOMANDIDY, MAY 4, 2021 (CISA)– Pope Francis has appointed Fr Gabriel Randrianantenaina, the Secretary Coordinator of the Episcopal Conference of Madagascar as Bishop of the Catholic diocese of Tsiroanomandidy.

His appointment was announced on April 30 in Rome.

“The Holy Father has appointed as bishop of the diocese of Tsiroanomandidy, Madagascar, the Reverend Gabriel Randrianantenaina of the clergy of Moramanga, until now Secretary Coordinator of the Episcopal Conference of Madagascar,” reads the announcement.

Fr Randrianantenaina was born on February 26 1969 in Tanambe in the Catholic diocese of Ambatondrazaka. He joined the minor seminary of Ambatondrazaka in 1984 after his primary and secondary studies.

In 1989 he attended the diocesan preparatory seminary, and subsequently passed to the philosophical major seminary of Saint Paul Apôtre of Antsirabé, and in 1994 the Grand Séminaire Saint Pierre in Antananarivo.

Fr Randrianantenaina was ordained priest on May 31 1997 to the Catholic diocese of Moramanga. He was incardinated to the diocese of Ambatondrazaka on May 13 2006 when the diocese was created.

After ordination, he first studied for a licentiate in theology at the Université Catholique de Madagascar (Catholic University of Madagascar) (1997 – 1998), and went on to serve as parish priest of St Tammaro of Anosindrafilo, in the diocese of Ambatondrazaka (1998 – 2000). He was then awarded a licentiate in philosophy from the Pontifical Urban University in Rome, and served as head of the Missionary District of Anosibe An’Ala (2003 – 2010) (2015 – 2016) and delegate of Vocational Pastoral Care (2003 – 2010); and rector of the Saint Jean-Marie Vianney inter-diocesan seminary in Moramanga (2010 – 2015). From 2016 until the present, he has served as coordinating secretary of the Episcopal Conference of Madagascar.

He is set to be the fourth bishop of the the diocese of Tsiroanomandidy which has been vacant since February 2017 when Pope Francis transferred Bishop Gustavo Bombin Espino to the Diocese of Maintirano, Madagascar.