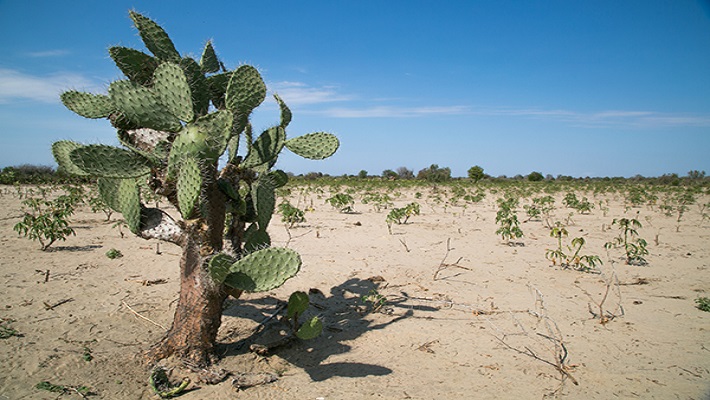 GRAND SUD, MAY 11, 2021(CISA) – The United Nations Office for the Coordination of Humanitarian Affairs (UNOCHA) has reported that the humanitarian crisis in the Grand Sud which is experiencing its most acute drought in 40 years is deteriorating rapidly.

“More than 1.1 million people, or two in every five people, are severely food insecure. The situation is expected to deteriorate in the months ahead. Alarmingly, in Amboasary Atsimo district, about 75 per cent of the population is facing severe hunger, with nearly 14,000 people catastrophically food insecure (IPC 5) and in famine-like condition,” UNOCHA reported May 7.

UNOCHA has launched an appeal for aid to the international community to save the situation and to provide additional funding.

“The United Nations, together with its humanitarian partners, is scaling up response, but more resources are urgently needed to save lives.

According to UNOCHA, the situation is so grim that the number of children admitted for treatment for life-threatening severe acute malnutrition in the first quarter of 2021 was four times the five-year average.

UNOCHA has reported that of the Flash Appeal for Madagascar, launched in January, calling for US$76 million to support more than 1 million people, only 22 per cent has been realized.