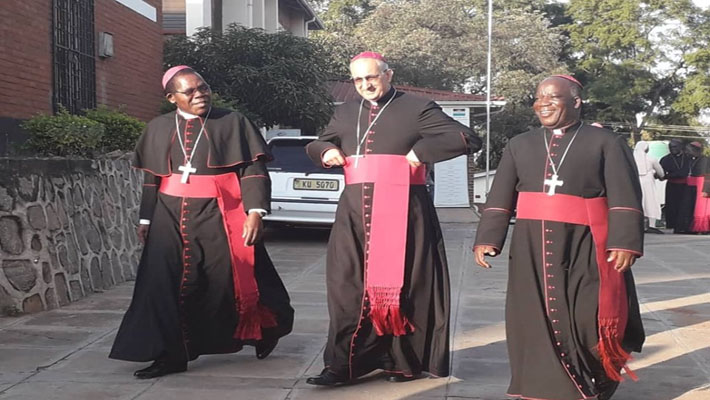 LILONGWE, JULY 5, 2019 (CISA)-Archbishop Gianfranco Gallone, the Apostolic Nuncio to Zambia and Malawi has requested Pope Francis to visit Malawi during his visit to Mozambique, Madagascar and Mauritius.

“Malawi is one of the poorest countries in the world. And Pope Francis loves the poor. So, I asked him that as he comes to visit Mozambique, he should also pay Malawi a visit as a lover of the poor people,” he said on Monday July 1, according to AMECEA news.

Pope Francis’ visit scheduled for September 4-10 will be his fourth visit to Africa, after visiting Uganda, Kenya and Central African Republic in 2015, Egypt in 2017 and Morocco March 2019.

Archbishop Gallone was speaking at Episcopal Conference of Malawi (ECM)’s Catholic Secretariat in Lilongwe during his first visit to Malawi since his appointment on February 2.

The Nuncio who also attended the bishops plenary said he was “…quite impressed to learn that the clergy and lay Catholics continue to work together in evangelising Malawi as well as promoting the Catholic faith.”

“It’s true your Grace, that the laity are supporting the clergy to preserve the Catholic faith and to transmit to the younger generation the Catholic faith. Thank you so much and I invoke on you the blessing of the Good Lord to give you strength because this country has stagnated because of the natural disasters the country has suffered over the past years,” he told Archbishop Thomas Luke Msusa, the Chairman of ECM.

Archbishop Msusa on his address welcomed the nuncio saying his presence signifies unity between the Vatican and the local Church.

“We are very happy because we now are able to share our faith and our challenges through him (the Nuncio) with Pope Francis. So, we are very happy. His first message to me was that he is happy to be in Malawi and we are working hard to construct a Nunciature so that, in the next few months he should relocate and stay right here in Malawi,” he said.

Archbishop Gallone arrived in Zambia on April 26 to start his diplomatic mission in both Zambia and Malawi replacing Archbishop Julio Murat who was transferred to Cameroon.