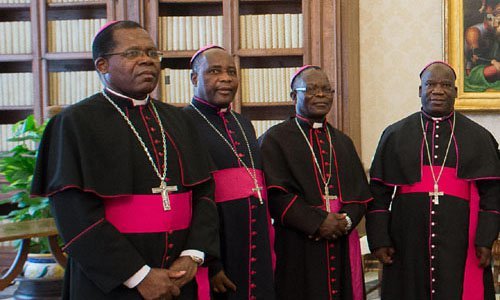 Lilongwe, May 15, 2018, (CISA)-The Episcopal conference of Malawi has called on Malawians to embrace a new era of democracy in the country.

In a pastoral letter titled, ‘ A call for a new era in Malawi,’ the bishops denounced the fact that 54 years since independence, majority of citizens living in Malawi still languish under the yoke of poverty, ignorance, disease, hunger and a seriously distorted mindset that has led to dangerous moral decadence in the society.

“We, your Bishops are saddened to note that the hard-won freedom and democratic dispensation in our country have not yielded the fruits that we all hoped for,” they stated in the pastoral letter which was read nationwide on Sunday 13 May in parishes.

According to the Bishops, after decades of one-person rule, the multi-party system of democracy has equally failed to transform the nation to a thriving democracy.

Malawi, a landlocked African nation, was ruled by Dr Hastings Kamuzu Banda who governed Malawi for three decades after independence.

Malawi’s prelates say that a system of government that favors only a minority of powerful elites needs to be interrogated and Malawians themselves need a change of heart, direction and mindset to make things right and usher in a new era of fairness and justice for all.

The Bishops described the thirty years of one-party state as, “a period of darkness and gloom.” “ We need to ask ourselves whether this chosen system of government has, over the years, delivered on its promise to uplift the lives of all the citizens … We must never pretend that all is well,” they said.

The bishops concluded by saying that as they celebrate the silver jubilee of the re-introduction of the multi-party democracy, citizens should not accept that the lack of open debate and stifling of intra-party democracy that has not served them well.