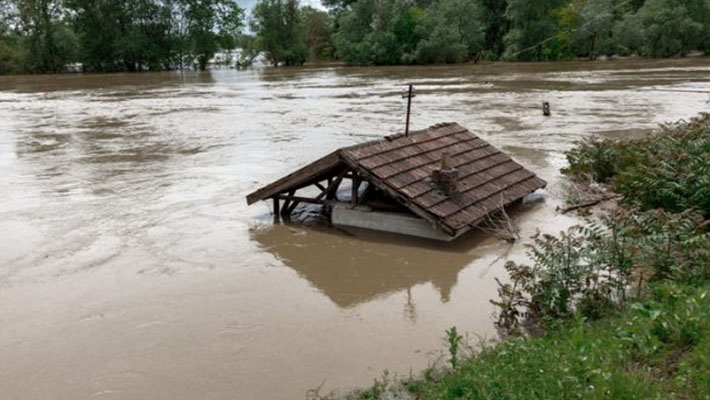 LILONGWE, MARCH 12, 2019 (CISA)-The Episcopal Conference of Malawi has hailed President Peter Mutharika for declaring the ongoing flooding in the country a national disaster.

“We hope and pray that this declaration will pour in a lot of good will and support from our donor partners thereby treating this disaster seriously and as a matter of urgency,” reads their statement released on March 9.

They condoled with families of the 23 who perished in the floods, and further appealed to all Catholics, people of goodwill, donor agencies, and the international development partners to support those affected.

“We further sympathize and call for support for the thousands that are injured, missing, displaced and rendered homeless following the devastating floods that have hit most parts of the central and southern Malawi,” they said.

According to the reports from the relief and development arm, CADECOM, the affected districts include; Nsanje, Chikwawa, Zomba, Mulanje, Thyolo, Chiradzulu, Phalombe, Blantyre, Neno, Mwanza, Dedza, Balaka and Mangochi.

“We join the nation in mourning the deaths of our brothers and sisters in the wake of these devastating floods. This is indeed a national tragedy. Our hearts are heavy to lose human life in such devastating circumstances,”

“We are in the middle of crisis, an emergency that should be of everyone’s concern and priority in responding to the needs of the affected populations,” the bishops said.

The Department of Climate change and Metrological services in Malawi has earlier warned of heavy rains accompanied by strong winds between March 5 -7.