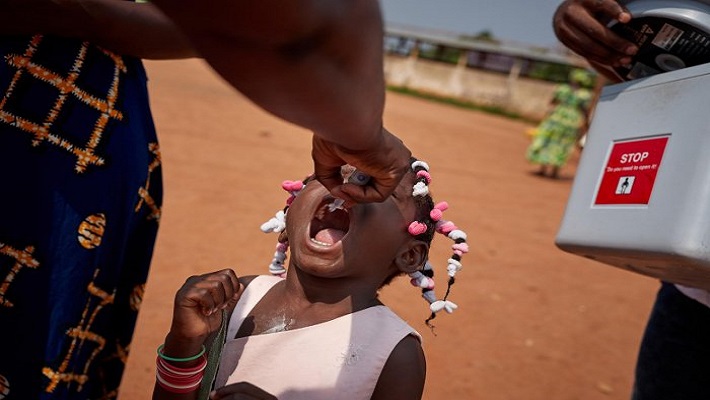 LILONGWE, MARCH 18, 2022 (CISA)-Following the detection of a case of poliomyelitis in Lilongwe, the Catholic Bishops of Malawi have asked parents to present their children for the programed mass vaccination campaign set to be rolled out from March 21.

“We, the Catholic Bishops of Malawi, support the mass polio vaccination campaign which is due to begin this month,” the bishops said in a March 15 statement.

“We assure all Catholics and the general population of Malawi of the importance and safety of the polio vaccine in preventing the spread of poliovirus, in line with the assurance from the Ministry of Health and our communication with them,” it reads.

On February 17, the Government of Malawi declared a National Public Health emergency in response to the polio outbreak. To contain this epidemic, the government through the ministry of health announced the start of a vaccination campaign which will start on March 21.

“…all Catholics and people of good will at different levels of responsibility, including priests, sisters, brothers, parishes, stations/sub-stations and small Christian communities to encourage parents and guardians to have their children or wards under five years old vaccinated at the start of the campaign. He also encourages traditional and political leaders to join this campaign for a safer Malawi,” said the prelates.

According to the World Health Organization, the virus is transmitted from person to person mainly by the fecal-oral route or less frequently by water or food contaminated, and multiplies in the intestine. The case detected in Malawi is wild poliovirus type 1 (PVS1), the only one still circulating in the world after the eradication of the other two types since 2015.

“There is no cure for polio,” the bishops warned adding that “The disease can be prevented with the polio vaccine. However, several doses are needed for it to be effective”.

About 2.9 million children under the age of five are due to receive the vaccine as part of the national polio vaccination campaign which will end in June 2022.

According to the bishops “All children under the age of five should receive four doses vaccine against polio, regardless of their previous vaccination status, in order to obtain total protection against polio.”

They also ask the government come up with measures to ensure the drive is successful. During the campaign, the bishops ask health officials to ensure people don’t travel for long distances to vaccinate their children.