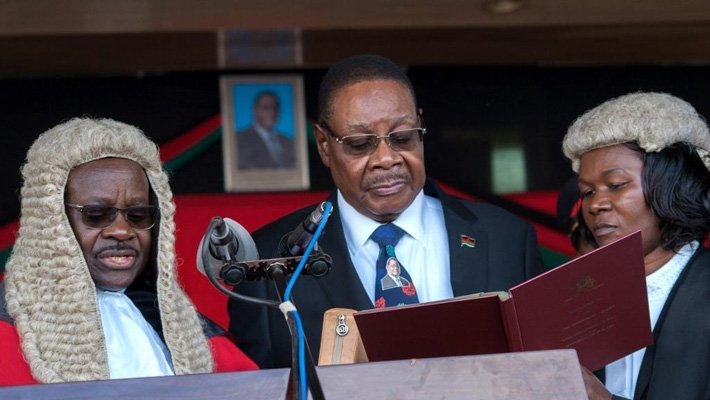 In their ruling, the court invalidated the reelection of President Peter Mutharika on grounds that the widespread use of correction fluid to fix the numerous return ballots was a strong indication that the elections were highly flawed.

“We hold that first respondent was not duly elected as president of Malawi. As a result, we hereby order nullification of the elections. We further order that a fresh election be held in accordance to the law and pursuant to directions we will make,” said Justice Healey Potani who was the lead judge of the panel.

The court further ruled that that the Malawi Electoral Commission pay costs to the two petitioners, Saulos Chilima and Lazarus Chakwera who sought the nullification of the elections highlighting massive irregularities that took place during the process.

The Episcopal Conference of Malawi (ECM) in a statement released on Friday January 31 titled “Call for Peace and Respect for the Rule of Law”, the bishops said that “peace is the only true direction for human progress and development built on the foundation of respect for the rule of law.”

“We, the Catholic Bishops of the Episcopal Conference of Malawi (ECM) reiterate our call to all Catholics and peace loving Malawians on the importance of maintaining peace and order. Regardless of whichever way the judgment will go, regardless of the fact that we belong to different tribes, regions, political parties, religious backgrounds etc., the fact remains that after the judgment we will remain Malawians and Malawi will remain our country,” the bishops said.

They urged those not favoured by the judgment to act gracefully and avoid provocative words and actions that incite violence, and those who will not be satisfied with judgment to seek peaceful and lawful remedies.

President Mutharika, 79, was first elected to office in May 2014.