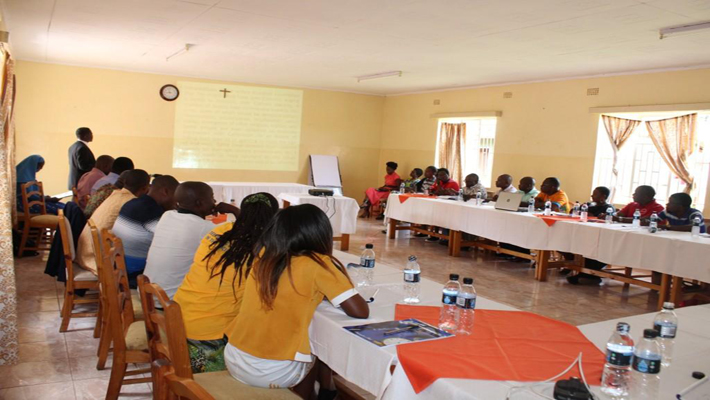 LILONGWE, FEBRUARY 5, 2019 (CISA)-Fr Henry Saindi, the Secretary General of the Episcopal Conference of Malawi has asked journalists to be men and women of integrity in reporting especially the May 2019 General Elections.

Speaking during the Catholic journalists training on Catholic Social Teachings, he urged them to desist from fueling violence among political parties by reporting truthfully and being nonpartisan.

“Catholic Journalists need not lie; if we say we are Catholic, we need to prove it. This country needs people willing to stand for the truth and the common human values. A Catholic journalist can make a difference only if he or she has a faith he is willing to suffer for,” said Fr Saindi.

He challenged the journalists to have courage and conviction, and demand personal integrity inspired by their faith in carrying out their duties.

“Journalists always face tension between their faith and civil duty. This can’t be avoided. What you need is to be men and women of principles, guided by a properly formed conscience,” he said.

Fr Saindi however applauded the association of catholic journalists (ACJ) for making the activities of the church known through various media platforms; sentiments also echoed by Augustine Mulomole the Chairman of ACJ.

The January 25 to 27 workshop was organized by Episcopal Conference of Malawi’s Communications Commission.