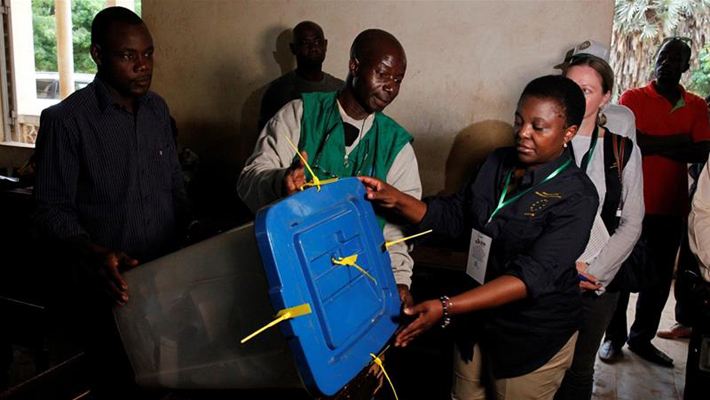 Counting of votes is still ongoing in some polling stations polls with the final results expected to be announced on Friday August 3.

“We must not lose our culture, a factor of social cohesion and our bonds of fraternity for the benefit of politics,” said Cardinal Jean Zerbo, Archbishop of Bamako.

Election Observers approximated the voter turnout at about 40 percent of the eight million registered voters.

“According to figures released on Monday by the Ministry of Territorial Administration, 644 of the roughly 23,000 polling stations were upset by armed attacks or other violence. Voting in 4,632 other sites was also disrupted,” reported Aljazeera.

The other groups of observers in the country are the European Union, African Union, Economic Community of West African States (ECOWAS) and International Organisation of La Francophonie.

The European observer mission through its representative Cecile Kyenge called upon the Malian authorities to reconsider facilitating for fresh elections where the voting process was interrupted.

Zimbabwe General Elections were characterized by long queues. Officials overseeing the polls, in which a record number of candidates contested, estimated the average turnout at around 75 percent of the 5.6 million registered voters.

“It is our view that the high voter turnout is indicative of sound voter education and publicity,” said Zimbabwe Electoral Commission (ZEC) chairwoman Priscilla Chigumba at a media briefing in Harare.

A run-off vote is scheduled for September 8 if none of the 23 presidential candidates wins the majority vote with at least 50 percent.

A close contest is expected between the reigning president Emmerson Mnagangwa and opposition leader Nelson Chamisa of Movement for Democratic Change (MDC).

Zimbabwe goes to the polls seven months after President Robert Mugabe was ousted from the seat by military action which resulted to the formation of an interim government, under the interim leadership of President Emmerson Mnagangwa.

Vote counting in both countries is ongoing and whose results are expected to be declared by Friday August 3.