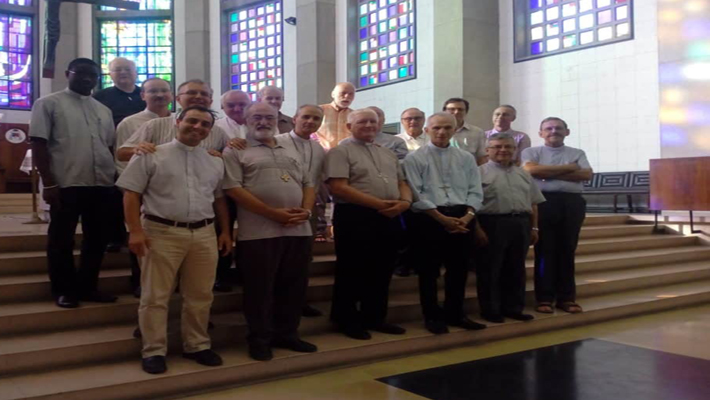 TANGIER, SEPTEMBER 28, 2018 (CISA)- The Regional Episcopal Conference of North Africa (CERNA) has condemned violation of rights of migrants and those on migration in the region.

In their statement issued on September 26, at the end of their Plenary Assembly held in Tangier, Morocco, they said the situation, “…questions our solidarity with those who suffer and more broadly the respect due to all human beings, whatever their situation”, reported Lacroix.

The CERNA region has Morocco and Libya which are major transit zones of migrants from Sub-Saharan African countries to Europe.

The bishops called for cooperation from member countries in addressing the issue which has caused suffering in the region.

“We commit our solidarity in acts towards them (migrants) in which we recognize the suffering face of Christ our Lord,” they said.

They called for better identification of the needy in society in reply to Popes Francis’ August 20, letter on the need for vigilance in protection of children and vulnerable people.

In their statement, the bishops proposed interreligious dialogue, a major issue in the region where Christians are minority, as a way of promoting equity.

“Developments in our societies in North Africa are increasingly debating the recognition of religious pluralism and freedom of conscience,” they said.

During their September 23 to 26 plenary meeting, the bishops received a delegation of the Commission for Migration (CEMI) of the Italian Bishops Conference (CEI) led by Auxiliary Bishop of Rome Bishop Guerino Di Tora and Archbishop of Agrigento Cardinal Francesco Montenegro who are also concerned about the situation of migrants in the region.