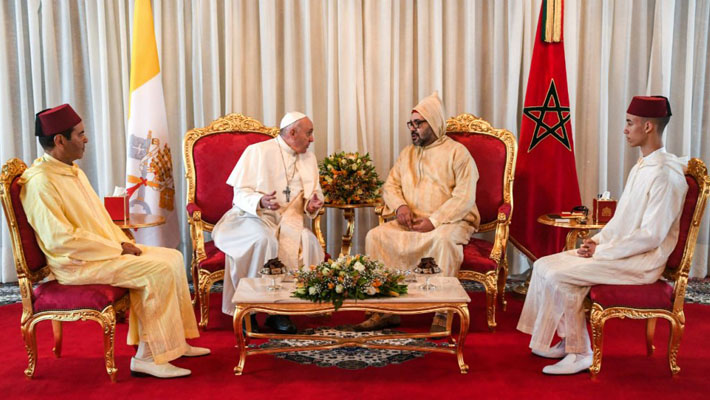 RABAT, APRIL 2, 2019 (CISA)-Pope Francis has concluded his two-day visit to Morocco with a message of cooperation, dialogue and tolerance between Christians and Muslims.

“May your charity be a path of dialogue and cooperation with our Muslim brothers and sisters and with men and women of good will,” he told Christians in Morocco.

The Pope celebrated Mass on March 31, at a sports complex in Rabat, where he warned Catholics against the need to convert others to their beliefs, saying that it “…always leads to an impasse”.

“Please, no proselytism!” he said.

The pontiff also spoke about the plight of migrants terming it, “…a wound that cries out to heaven” and could never be healed by physical barriers.

“The issue of migration will never be resolved by raising barriers, fomenting fear of others or denying assistance to those who legitimately aspire to a better life for themselves and their families,” the Pope said at the welcoming ceremony.

Pope Francis, who has often defended the cause of migrants and refugees in the course of his papacy, said he was concerned about their “frequently grim fate” adding that receiving countries must acknowledge that migrants were forced to leave their homes because of poverty and political upheaval.

He was received by King Muhammad VI during this first papal visit to Morocco in 34 years, after St John Paull II visited in 1985.

He  praised the monarch for providing “…sound training to combat all forms of extremism, which so often lead to violence and terrorism, and which, in any event, constitute an offence against religion and against God himself”.

“Often we are tempted to believe that hatred and revenge are legitimate ways of ensuring quick and effective justice, yet experience tells us that hatred, division and revenge succeed only in killing our peoples’ soul, poisoning our children’s hopes, and destroying and sweeping away everything we cherish,” he said.

King Mohammed VI also voiced his support for interreligious tolerance, emphasizing on the need for all to worship freely and safely.

“I protect Moroccan Jews as well as Christians from other countries, who are living in Morocco,” King Mohammed VI said Saturday, March 30, shortly after the pontiff’s arrival.

Christians are a minority in Morocco where 99 percent of the population is Muslim, with sub-Saharan Africans making up a large part of the country’s Catholic community.