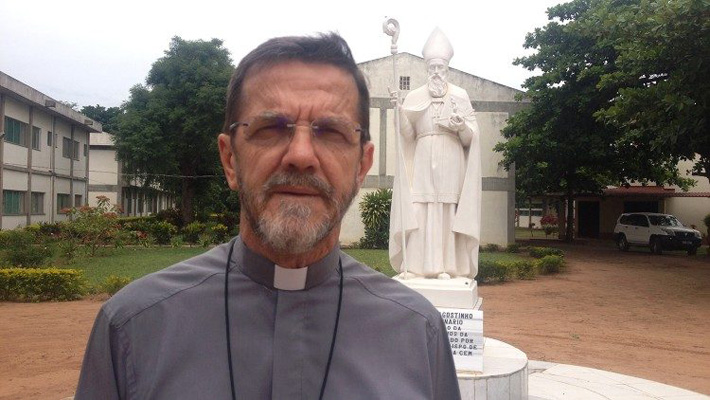 PEMBA, NOVEMBER 15, 2019 (CISA)-The Episcopal Conference of Mozambique (CEM) and the Association of Catholic Diocesan priests in the Catholic Diocese of Pemba have defended Bishop Luiz Fernando Lisboa, C.P. against accusations of inciting violence and hatred.

A Mozambican weekly publication, “O Público” reported that Bishop Lisboa while in Capo Delgado, incited division and racism in the diocese; promoting violence and hatred as well as disrespecting the country’s national symbols.

A statement released by the Bishops dismissed the allegations terming them “misleading and biased…false and defamatory”, reported Vatican News on November 13.

They stressed that the Catholic Church in Mozambique is committed to “peace, reconciliation and hope” in line with the theme of Pope Francis’ Apostolic visit to Mozambique in September.

We reaffirm our unconditional support for and stand in solidarity with our Bishop and Pastor during this time of persecution and slander,” said Fr Dinis Gabriel o the behalf of the priests at a press conference.

Bishop Lisboa has been candid about the deteriorating security situation in Cabo Delgado Province and a critic of the Government.

The bishop has in the past been vocal on the discovery of offshore gas fields in Cabo Delgado which he says with its discovery the natives have become the target of a real invasion of all manner of people from different backgrounds, companies and projects.

Bishop Lisboa insists that the wealth of Cabo Delgado should generate employment and hope for the youth of the area and an equitable sharing of benefits resulting from the gas discovery.