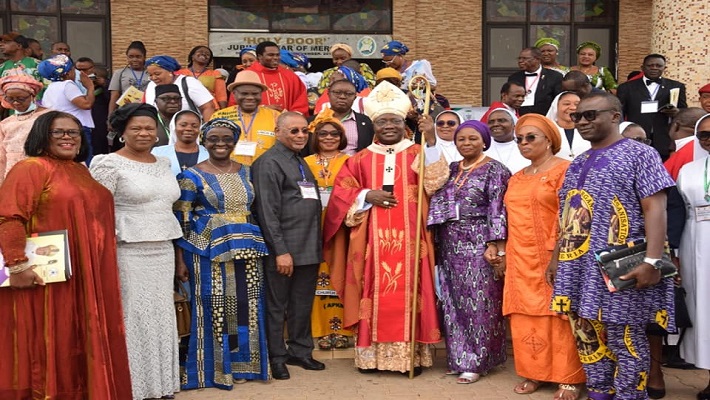 ABUJA, SEPTEMBER 27, 2022 (CISA) – “The Church continues to voice out the need for Nigerians to be more involved and to be part of decisions over what happens in our society,” reads a pastoral letter by Most Rev Ignatius Kaigama at the end of the 3rd General Assembly of the Catholic Archdiocese of Abuja on September 24.

“It must be admitted that some of the consequences of our present political calamities can be traced to the poor voter choices, inconsistencies of the electorate and electoral mal-practices in the past democratic elections,” said Archbishop Kaigama.

“The church as ever before continues to speak out firmly against political corruption, eroding social values and bad governance. As she continues to advocate for upholding the rule of law, there is also an urgent need to elect well-meaning Nigerians who can protect our common national interests and patrimony in the forthcoming general elections,” said the prelate averring that “It behoves all of us, the clergy, religious and laity to encourage one another to counter the poverty, ignorance and hopelessness that constitute the incentives to engage in electoral malpractices.”

The plenary of the Catholic Archdiocese of Abuja recommended parishes and Catholic institutions within the archdiocese arrange and organize voter awareness programmes, seminars and workshops guided by the Justice, Development and Peace Commission (JDPC) to better equip people for greater political responsibility.

“Being a people of faith, we call for an intensification of prayers among Catholics at all levels for the nation in general and the forthcoming elections in particular; for free, credible and transparent elections,” said Archbishop Kaigama.

The archbishop also urged the faithful to match prayer with work and actively participate in the electioneering process while adhering to catholic social teachings guided by a well-formed conscience and the gospel values.

“We call on Catholics and indeed all Nigerian citizens to be consciously and actively involved in the electoral processes at all levels; voter registration, collection of Permanent Voters Card (PVC), casting votes on election days with a firm and clear conscience to elect credible leaders who will bring about the true dividends of democracy,” the letter read in part, calling on Nigerians to rise above the politics of bitterness, unhealthy personality clashes and manipulations, but instead vote in a new crop of leaders who are seriously concerned with the state of the nation and the sufferings of the people, and sworn to serve public needs rather than to be served.