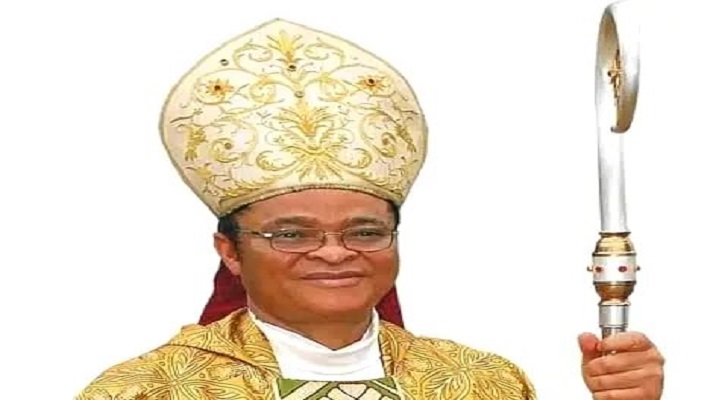 OWERRI, NOVEMBER 4, 2022 (CISA) – “Flood disasters should awaken our consciousness to the challenges of global warming and climate change, partially caused by our human actions, namely by man’s violent and callous misuse of nature,” said Most Rev Lucas Iwejuru Ugorji, President of the Catholic Bishop’s Conference of Nigeria (CBCN) and bishop of the Catholic Archdiocese of Owerri, in a pastoral letter dated November 1.

The sentiments of Archbishop Ugorji come on the backdrop of tragic flooding in Nigeria that has so far affected approximately 1.4 million people in 27 states and left thousands of homes destroyed and several communities submerged.

“There has been huge destruction of infrastructure, farmlands and businesses as well as forced displacement of peoples, with the attendant emotional and psychological stress and trauma,” said Archbishop Ugorji.

The prelate blamed the extensive damages caused by the floods on the lack of proactivity and preparedness of relevant authorities, state and federal agencies while urging the said entities “to show more seriousness and commitment in tackling flood problems in Nigeria to save our people from misery and sudden death.”

“There is need to improve on their institutional capacity to do their work in areas such as early flood warnings and prediction, quick emergency response to flood and enforcement of environmental laws. To be able to carry out these important functions, these agencies require adequate funding which should be released in time to enable them put necessary measures in place, procure appropriate equipment, engage in skills and manpower training and other operational requirements ahead of any disaster,” counselled the archbishop.

Archbishop Ugorji also appealed for policies and actions to stop the allocation of land and construction of projects and buildings on natural flood plains or stormwater paths and urged the people to “be discouraged from living in serious flood-prone areas.”

“There is no doubt that many citizens contribute to exacerbating flood problems by their undisciplined attitude to waste management such as using the drainage system as dumpsites and consequently blocking the flow of water. It has been noted that some people ignore official orders to evacuate from homes for safety until it is very late. Some even bribe their way to build at forbidden areas or waterways, which unfortunately increase the flood problems when they occur,” he said.

“These attitudes are condemnable and should stop!”

Seasonal floods are a recurrent natural disaster in Nigeria, especially during the rainy season. In 2012, the floods affected about 7.7 million people and destroyed property valued at 60.9 billion dollars. This year’s floods have been blamed on unusually heavy rainfall, climate change, the release of excess water from the Lagdo Dam in Cameroon and a lack of buffer dams to contain such overflows in Nigeria.