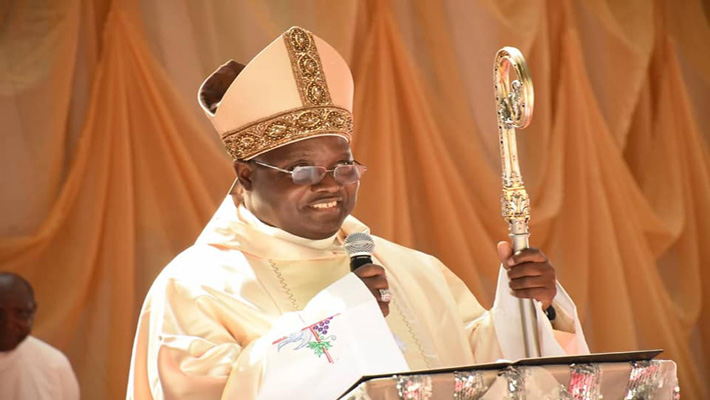 ABUJA, MARCH 30, 2021 (CISA)-Archbishop of the Catholic Archdiocese of Abuja, Ignatius Kaigama has called on leaders to refrain from fanning religious animosity through their views.

“Leaders in Nigeria must be discerning about negative religious sentiments that lead to hostility and polarization. We seem to dwell more on the externals of religion and issues that heighten unnecessary competition and tension,” he said in his March 28 Palm Sunday homily Holy Trinity Church, Maitama Church.

The Archbishop noted that leaders’ sentiments can build tension and divert focus from the important nation building issues.

“Our religious pettiness culminating in needless quarrels and tensions is sometimes spearheaded surprisingly by intelligent and well exposed Nigerians, and even some leaders in government. Rather than building a “paradise” called Nigeria, we argue more about religious superiority and do very little about improving social infrastructure, quality of education, health-care, etc. Some religious leaders complicate issues by their unhelpful statements that polarize and antagonize,” he noted.

“It is such a pity that we have become so religiously hypersensitive that we often turn political, social and justice issues into competition about religious domination,” he lamented.

Encouraging leaders to put the interests of the people first, Archbishop Kaigama said, the honor they enjoy is because of the power vested on them by the people hence they need to be accessible and humble.

“The honour people give to leaders is because of the power invested in them by the people. If leaders are not humble, they begin to be inaccessible to the poor masses by whose account they (leaders) got their positions…For the sake of their people, leaders must be prepared to even take risks injurious to their (leaders) interests and not merely regard their people as objects of exploitation,” he said.