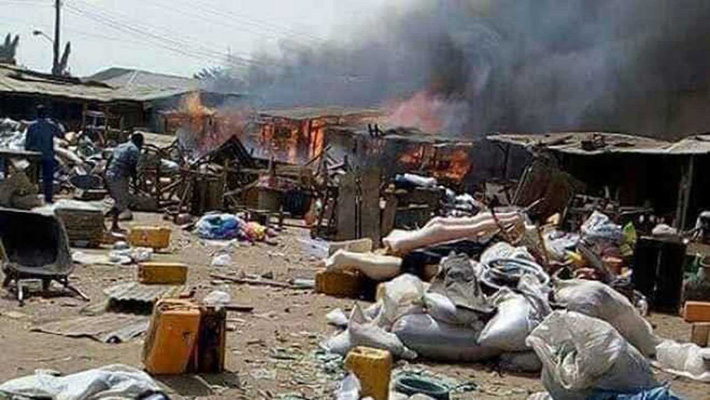 TARABA, SEPTEMBER 20, 2019 (CISA)-The Catholic bishops in the Ecclesiatical Provinces of Abuja and Jos have called for an end to the Jukun-Tiv conflict in southern Taraba and the border settlements of Benue state.

“We the Catholic Bishops of Abuja and Jos Ecclesiastical Provinces are sad, and it is with great dismay that we note the recent upsurge of violence, resulting in the horror and carnage we are experiencing. We are Christians, and we are saddened about the continuous disturbing trend leading to deaths, destruction of homes and means of livelihood in the affected regions, among tribes that should be best of neighbours,” the bishops said in a September 19 statement.

The bishops noted that the conflict goes contrary to local traditions, cultural and Christian values, urging the government to intervene.

“The government should get to the root cause of these recurring conflicts which has caused great set back and obvious hardship in different form for our people,” the bishops said.

They urged all leaders to speak out against the conflict and refrain from inciting remarks that could fuel it.

“We would appreciate moderate and reconciliatory utterances from our political, traditional and religious leaders and elders, with more concrete and deliberate actions in favour of peace and not war. Silence during such conflicts is not golden but very unhealthy,” they said.

They also called on clergy and religious  in the region to foster reconciliation without taking sides where their tribes are involved.

“As priests, clergy and religious we are agents of reconciliation. We cannot deny what ethnic group we belong but by the virtue of the Sacrament of the Holy Orders, we belong to all, and we are fathers of all and so we cannot be reduced to tribal vanguards or ethnic champions,” they said.

“Let us be careful when we listen to our people. We should be able to stand against tribal sentiments and emotions that only contribute to heightening the already charged atmosphere. To do otherwise will mean we are unfaithful to our calling. We should stand above ethnic interests and be seen to preach justice, love and forgiveness for the common good,” they added.