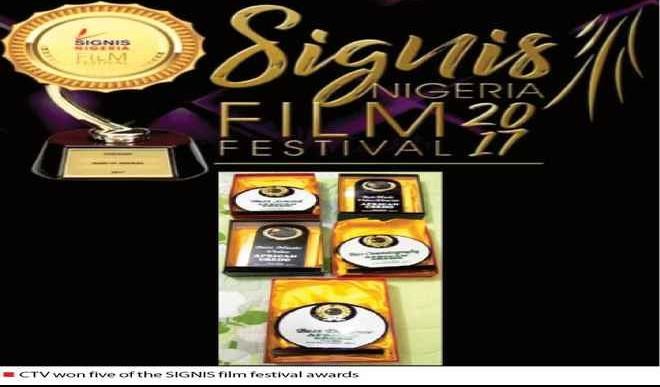 The prizes were presented to AFRICAN CREDO, the music video of nine songs which has become the best-selling CD and DVD in religious circles since its launch mid this year, Nigeria’s Daily Trust Newspaper reports.

The event, the first to be held in Enugu in Nigeria had 19 main contestants with entries which were drawn from all over Nigeria included films, documentaries and music videos.

The Abuja-based Catholic Television was adjudged the best in 5 categories. They were best in Video, Best in Audio, Best in Cinematography, Best in Music Video and the best film director awards.

Speaking at the event, Chief Peter Edochie, founder of the Nolly wood congratulated the Catholic Church for their commitment in establishing SIGNIS film festival in Enugu, where Nolly wood was born.

The award-winning African Credo is an audio and video package of nine songs, among the best Catholic Church music in Nigeria today. The theme song, African Credo, an essential song of the Sunday liturgy is joyfully sung by Catholics every Sunday of the year.

The other eight songs are some of the most popular trending songs in the church not only in Nigeria but also in many African countries.

SIGNIS, the organizers of the event, is the International Media Association for Catholics with its Headquarters in Brussels, Belgium which promotes the production of films, video and audio materials as content for broadcast and catechetical purposes. It has national bodies in various countries. The SIGNIS Film festival in Enugu will from now be an annual event.

The Catholic Television which has begun the test-transmission of its 24-hour channel believes that this award is only an indication of the quality of its production which will soon become its trademark in this new era of digital broadcasting in Nigeria.