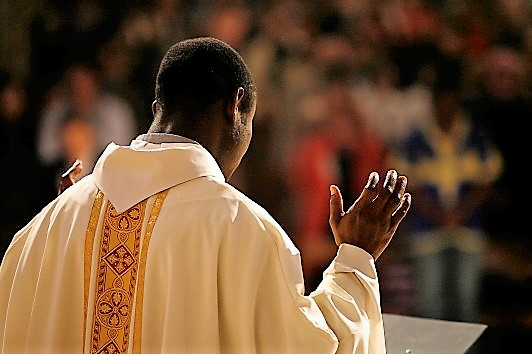 LAGOS SEPTEMBER 5, 2017(CISA) – A Catholic priest who was reportedly kidnapped on September 1 has been found murdered.

Fr Cyriacus Onunkwo was taken from his vehicle in Orlu, in the state of Imo, located in the southeast of the country, reported Nigeria’s Vanguard Newspaper.
His body was discovered the next day in the neighboring village of Omuma.

“Although we are working on all leads over the matter, for now, it is a clear case of abduction and murder. If it was a case of kidnapping, his captives would have put a call across to anybody close to their victim and made a demand,” Chris Ezike, the state commissioner of police said.

The police also found the priest’s car, and said nothing had been taken, and so far, no arrests have been made.

Unlike the Muslim-majority north of the country, where the Islamist militant group Boko Haram threatens the Christian community, the southeast of the country is predominantly Christian; the territory of the Diocese of Orlu is 70 percent Catholic.

However cases of armed gangs roaming the region and kidnappings for ransom are common.

In September 2016, the Nigerian Bishops’ Conference issued a statement calling on the government to do more to stem the rising tide of crime.

“Political violence, corruption, kidnappings, armed robbery, ritual murders and all ills of the past, are still very much present and we seem to be progressively sinking deeper into the mud. Our people are now ravaged by disease and hunger,” the statement reads.

Onunkwo is the second Catholic priest to be murdered in Nigeria this year. In July, Fr Raphael Pankyes was killed by three men in Plateau State, located in the central part  of the country.