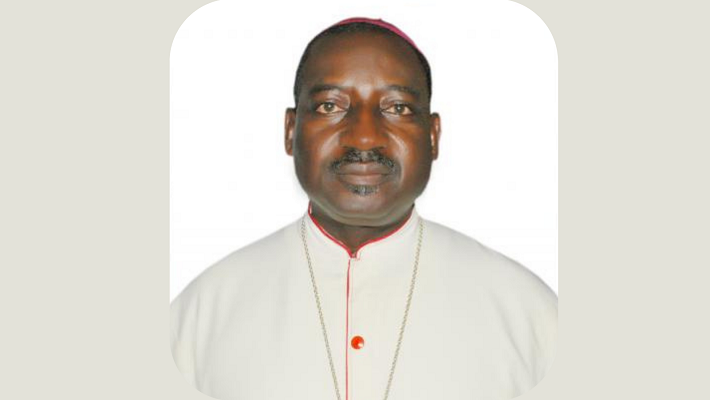 KADUNA, JULY 8, 2022 (CISA) – “With gratitude to God, I have been directed to announce the passing unto glory of our bishop, Most Rev George Jonathan Dodo, the pioneer Bishop of the Catholic Diocese of Zaria,” reads an obituary notice signed by the Diocesan Vice-Chancellor, Rev Fr Abraham Bisan Nake dated July 8, 2022.

The prelate who died in the early hours of Friday was born on April 17, 1956, as the second child and first-born son of Mr David B. Dodo and Mrs Paulina A. Dodo of Zuturung Mago village in Zangon Kataf Local Government Area of Kaduna State.

He attended St. Patrick’s Primary School, present-day LEA Primary School in Zuturung Mago between 1964 and 1970 and proceeded to St. Joseph’s Minor Seminary, Zaria in 1972 after he obtained his First School Leaving Certificate. He graduated on May 14, 1977, with a G. C. E. result.

He was enrolled into Augustine’s Major Seminary, Jos on August 1977, where he studied philosophy and theology, completed and moved to the University of Ibadan where he attained a Diploma in Religious Studies in 1981 and later, a Bachelor’s Degree in Sacred Theology (B. Th) from the Pontifical Urbanian University, Rome, on September 20, 1983.

According to a report by a local media, “On 22 June 1987, he left Nigeria for further studies with the Jesuits of Rosehill Campus, Fordham University, Bronx-New York, USA to study Pastoral Care/Counselling and Parish Ministration and Leadership. After successful completion, he was conferred a master’s Degree in Arts by the trustee of Fordham University. After a short break of six months in the Archdiocese of Kaduna, during which he was posted to St. Thomas Parish, Kano. He later went back to the same University of Fordham and did an Advanced Professional Diploma (APD) from July 1989 to December 1990.”

The late Bishop Dodo was ordained priest in 1983 and started his pastoral assignment at the Cathedral of St. Joseph in Kaduna where he served as the Assistant Cathedral Administrator (July 1983-June 1984) and thereafter, became the Parish Priest of St. Dennis’ Parish Danladi, from June 1984 – July 1985. From 1985 to 1987, he was the Parish Priest of St. Patrick’s Parish Dogon Kurmi.

He was appointed as the first bishop of the Catholic Zaria Diocese when it was erected in 2000.