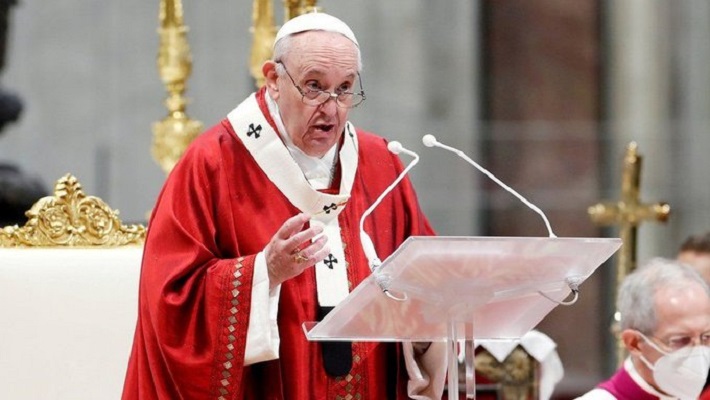 ABAKALIKI, JULY 8, 2021 (CISA)-Pope Francis has appointed Fr Peter Nworie Chukwu as the new Bishop of the Catholic Diocese of Abakaliki.

“The Holy Father has appointed Fr Peter Nworie Chukwu, until now parish priest of Saint Patrick in Nduruku-Amagu and professor at the Ebonyi State University of Abakaliki as bishop of the same see,” reads an announcement made on July 6.

He was born on November 5, 1965 in Ededeagu Umuezekohohu, in the Catholic diocese of Abakaliki. He went to Seat of Wisdom Seminary in Owerri, where he studied philosophy from 1985- 1989, and theology from 1990-1993 at the Bigard Memorial Major Seminary in Enugu.

He also studied at the Franciscan University of Steubenville in Ohio (2000-2001) and at the Marquette University in Milwaukee, in the United States of America, for a doctorate in philosophy from 2002- 2007. He was ordained priest on July 3, 1993 for the Catholic diocese of Abakaliki.

He has worked as parish vicar of St John the Evangelist in Okpaugwu (1993-1994),vice-rector of the Saint Augustine Minor Seminary in 1993, parish vicar of St Michael in Ogboji in 1994, parish priest of St Mulumba in Echara Ikwo (1994-1996),parish priest of St Paul in Uburu (1996-2000),parish priest of All Saints in Fremont and St Joseph in White Cloud, in the diocese of Grand Rapids, adjunct lecturer at the Aquinas College, United States of America (2000-2010), and president of the Association of Nigerian Priests of the Catholic diocese of Abakaliki (2010-2017).

Until his appointment as bishop, he was also professor at the Ebonyi State University in Abakaliki since 2011 and from 2017, spiritual director of the novitiate of the Sisters of Jesus the Good Shepherd.