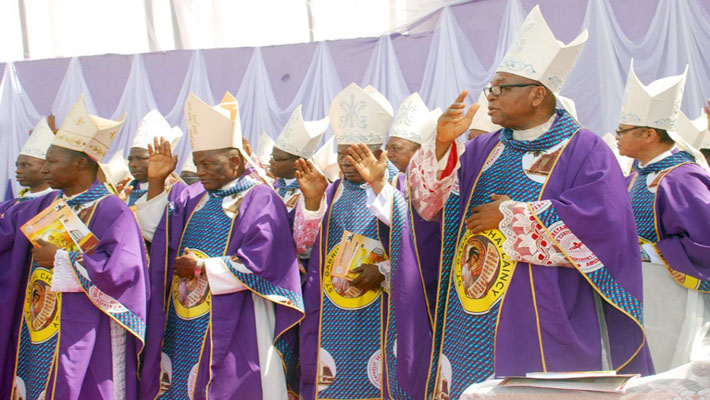 ABUJA, MARCH 19 2019 (CISA)-The Catholic Bishops Conference of Nigeria (CBCN) has emphasized on the need of promoting the Social Teachings of the Church to help enhance good governance.

“For centuries, the Church has been an advocate of good governance for the Common Good. To this end, we call on all dioceses to promote the Social Teaching of the Church, to simplify and to translate it into concrete actions and to use it for an effective socio-political formation of all the people,” the CBCN said in a communiqué issued at the end of its plenary meeting in Durumi, Abuja, March 10 – 16, 2019.

The bishops insisted that special attention must be paid to young people and families, so that the values espoused in Catholic Social Teaching would be inculcated early into children and young people.

They also expressed commitment to propagate Christian values among people under their influence.

“Because moral authority is crucial for good governance and transparent accountability, we as a Church commit ourselves to exercise authority based on sound Christian moral principles, truly inspired by the example of Christ and guided by His compassion,” they said.

The bishops called on the government to review the recent elections, and take actions that will prevent future electoral malpractices.

“We demand that the government acknowledge the inadequacies that characterized the 2019 elections and embark on a course for redress. We urge her to enact, endorse and implement laws and policies that will ensure free, fair and credible elections in the future,” they said.

“We enjoin all Nigerians, leaders and the led, to abide by democratic principles such as respect for human life, human rights and the rule of law. We also encourage the electorate to ensure that those who hold public offices in our country are held accountable. We equally urge all Nigerians to eschew all forms of indiscipline and corruption and be resolute rather than lose hope in our struggle for a better future and nation,” they added.

The bishops also called on the people to be prayerful, hopeful and focused as they journey through another four years in the political history of Nigeria.