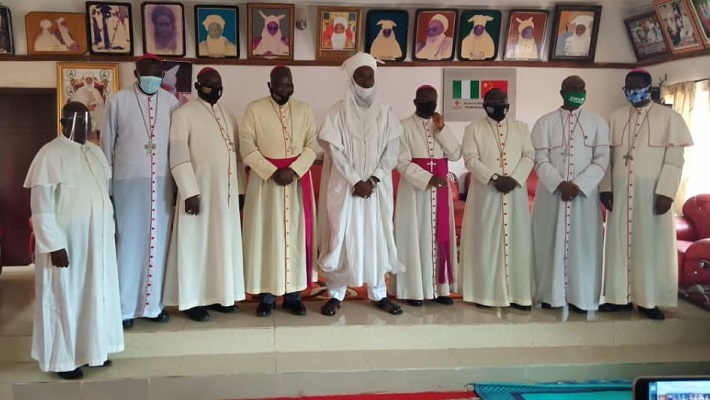 KADUNA, AUGUST 17, 2021 (CISA)-The Catholic Bishops of Kaduna Ecclesiastical Province have lamented increased insecurity in the country urging the Catholic faithful to stand together united in prayer for peace and security.

“Today, our country, entrusted to us by God has been consumed by forces of darkness and death. We all know that sadly, the perpetrators of these evils are constantly appealing to the religion of Islam to validate their criminality .This madness has cast a dark spell on the nobility of faith for this reason, more and more citizens are losing faith in God because of the way religion has been abused in our country,” the bishops said in their August 15 statement signed by Archbishop Matthew Man’so Ndagoso and Bishop John Namaza Niyiring, the president  and Secretary of the Kaduna Ecclesiastical Province respectively

“Our Church leaders have been kidnapped, tortured and in some cases, gruesomely murdered for no reason other than that they bear the cross of Christ,” they said urging all believers and other Christians of other denominations to unite in prayer with Catholics.

“Like the walls of Jericho, we believe that in the end, these walls of evil will collapse based on our faith, not physical weapons. We are convinced that when these dark clouds clear, we will emerge stronger and victorious. We appeal to all who call on the name of Jesus to unite with us in prayer so that amidst these tragedies, our faith will not be shaken and the cross of Jesus will bring us victory and glory to our land,” they added.

The prelates further declared a week of prayer and fasting from August 15 to August 22 calling upon all Catholic faithful to stand firmly committed to a life of obedience to the will of God by prayer and adoration.