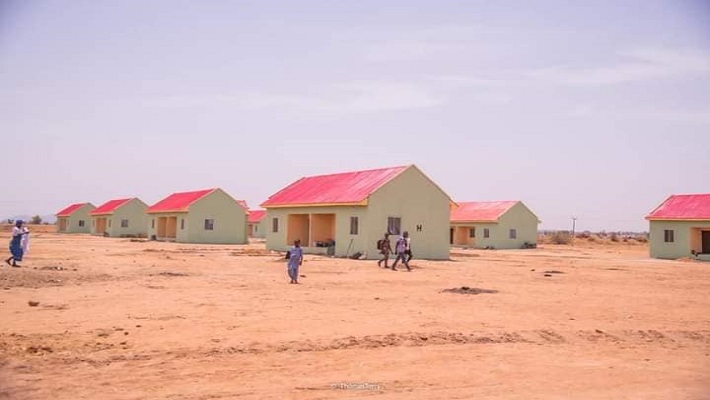 “This project is a tall dream come true since the Catholic Diocese of Yola first opened its doors to host IDPs since Sunday 15th September 2014 after the fall of some Local Governments in Northern Adamawa following the attacks of Boko Haram on local villagers,” reads a statement read by Bishop Mamza on April 12.

While sharing on the diocese’s seven-year journey of taking care of the IDP’s, Bishop Mamza disclosed that pressure started mounting in October 2014, when Mubi town and the environs came under Boko Haram occupation and thousands fled into Yola and were in need of food and shelter. St. Theresa’s IDPs Camp housed 4,700 persons.

“Our efforts to take care of the IDPs for the past 7 years will not have been possible without the assistance we received from our major partner Missio Aachen (Germany) and support from His Holiness Pope Francis. We also had support from the following organizations: Misereor in (Germany), Caritas, ICRC, OXFAM, CISCOPE, IRC, Catholic Archdiocese of Lagos, St. Vincent de Paul Society (Lekki Deanery Archdiocese of Lagos), Daughters of Charity of St. Vincent de Paul (Port-Harcourt), Sisters of Mercy (Republic of Ireland), Order of St. Augustine (Irish Province), Catholic Archdiocese of Jos, De Zeit Newspaper (Germany), DRC, API, UNHCR, UNICEF, UN-OCHA,” he said.

In his appeal to humanitarian actors, Bishop Mamza invited support for strong reintegration and rehabilitation support to build livelihoods and contribute to long-term economic and political development.

Alongside the 86 residential units, a school and chapel with the aid of Missio Aachen, the Catholic diocese of Yola has also constructed a Mosque.

“We continue to advocate for this population to have access to livelihoods, which will enable them to rebuild their lives and give them a sense of ownership in the reconstruction of their new resettlement here in Sangere-Marghi,” Bishop Mamza said while acknowledging the government of Adamawa State for allocating land on which the project is sited and provision of electricity to the whole community in Sangere Margi.