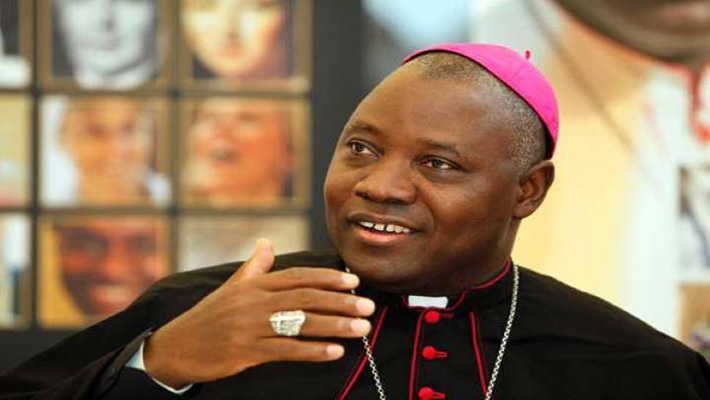 ABUJA, OCTOBER 23, 2020 (CISA)-Archbishop Ignatius Kaigama of Abuja has said that the ongoing protests by youth in Nigeria are a cry for a new and just nation.

“… the youths feeling tired, crushed, desperate, frustrated, demoralized are asking: stop brutality; provide good governance; remove the monster of corruption; make life more bearable and reasonable. They are crying out for a new Nigeria. A new Nigeria is not impossible. The youth protest is like the proverbial gadfly stinging us to wakefulness as religious, traditional and political leaders,” he said in an October 21 message posted on his Facebook page.

The Archbishop noted that the country has long suffered greed and corruption in all sectors despite the hope that citizens had of a great nation since independence.

“Nigeria appeared set to attain great political heights, social integration and economic viability but the expected fruits have not been borne. We started well, but for sixty years now, it appears Nigeria has wallowed from one crisis to another, pursued misdirected economic policies and reaped sour political fruits…We thought that Nigeria was on the march to emerge as one of the greatest nations, but greed, the quest for selfish power, narrow ethnic interests and worst of all, exaggerated religious sensitivity began to polarize us,” he decried.

He expressed concern that citizens run to the church with needs that should be given priority by government.

“Day in, day out, requests flow in for basic needs: school fees, hospital bills, food, house rent… I tried to explain that the Church was not established as an alternative government to provide food, education, health care or to look after all the needs of the poor, the prisoners and the sick. In doing our corporal works of mercy we only watch out for those suffering social deprivation and assist them to complement government efforts,” he said.

The prelate called for introspection and a national dialogue as a way of resolving the crises facing the nation.

“Because there is a time for everything, time has come for genuine introspection, critical self-analysis and inner purification. Truth must however be told. Things are not well. Something urgently and effectively must be done by the authorities. Dialogue is the way forward, a national conversation,” he said.

Protests began earlier in October in Nigeria calling on the authorities to abolish a controversial police unit called the Special Anti-Robbery Squad (SARS) that was using excess force on citizens in a bid to enforce the law.

President Muhammadu Buhari addressed the Nation October 22 where he called on protestors “to discontinue the street protests and constructively engage the government in finding solutions.”