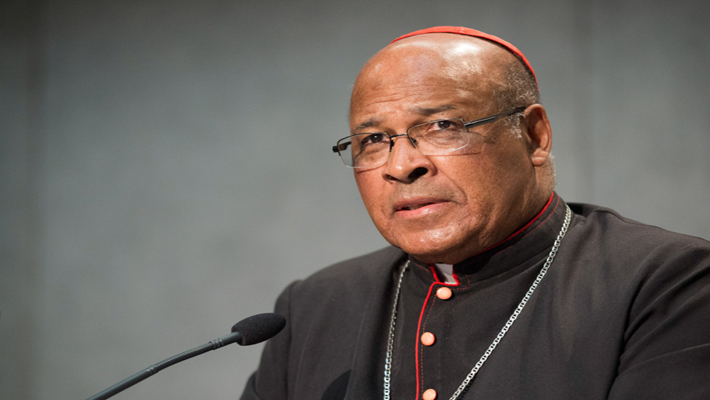 VATICAN CITY, OCTOBER 19, 2018 (CISA)-The Archbishop of Durban, South Africa Cardinal Wilfrid Fox Napier has criticized the synods working document on grounds that it does not reflect reality of the African continent.

Addressing the press during the ongoing Ordinary General Assembly of the synod of Bishops on Young people, the Faith and Vocational Discernment in Rome, he emphasized that the synod’s work must take into account the situation of young people and the church in other parts of the world, noting especially the needs of the Church in Africa.

He noted that the document does not sufficiently recognize the impact of mass migration from countries in Africa and also the mass exit of young people from the Church.

“Africa is losing some of its most gifted young people to migration because of the exploitation of natural resources and the environment,” he said.

According to Fides, the cardinal called upon the African delegates representing the continent to “…present the African reality much more clearly from our perspective.”

“Those who would have been living off the land are now unable to do so,” Cardinal Wilfrid noted, “…so they migrate because of the effect of deforestation and aggressive mining techniques.”

He also decried the economic conditions that lead to child labour in Africa, and denied children access to basic education.

The cardinal praised the contributions made by the 34 young people invited by Pope Francis to be active participants in the synod.