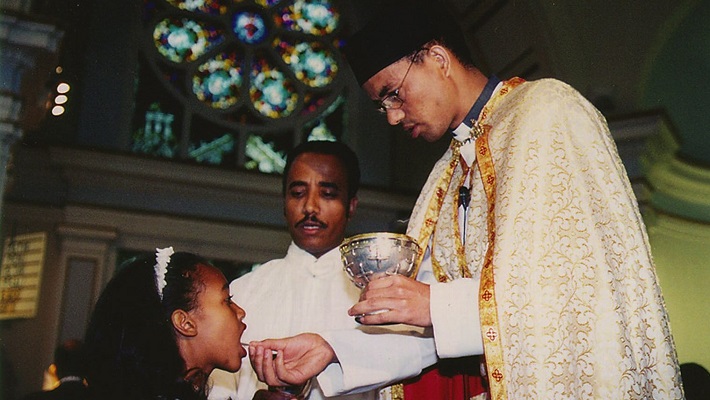 VATICAN CITY, JANUARY 26, 2022 (CISA)-Eritrean Missionary Fr Tesfaldet Tekie Tsada has accepted his new appointment as apostolic visitator for Eritrean faithful of Alexandrine Ge’ez rite resident in the United States and Canada expecting the new role to be challenging since the Catholic community is widespread and not well organized.

“We have many different communities in many different cities. Now I will directly have to visit them to see their situation, to see how they are living community life (and) their relationship with local ordinary, then give the report to the Vatican and Eritrean bishops,” said Fr Tsada member of the Public Association of the Faithful Sons of St Anne.

“I have to go to see how they are,” said Fr Tsada as he expressed his readiness to learn about the pastoral needs of the Eritrean Catholics.

Fr Tsada a former superior and director of formation in the community of the Sons of Saint Anne in Nairobi and at the same time chaplain of the Eritrean community in Kenya (2009 to 2011) was appointed alongside Monsignor Kesete Ghebreyohannes Weldegebriel, protosyncellus of the archeparchy of Asmara, Eritrea, as apostolic visitator for Eritrean faithful of Ge’ez Alexandrian rite resident in Europe.

The two will gather and share information with Vatican officials which will help determine if an eparchy for Eritrean Catholics in North America and Europe will be established, with a bishop ministering directly to the small number of worshippers.

Pope Francis appointed Fr Tsada and Monsignor Weldegebriel through a January 19 publication and was made public in Washington by Archbishop Christophe Pierre the apostolic nuncio to the United States of America.