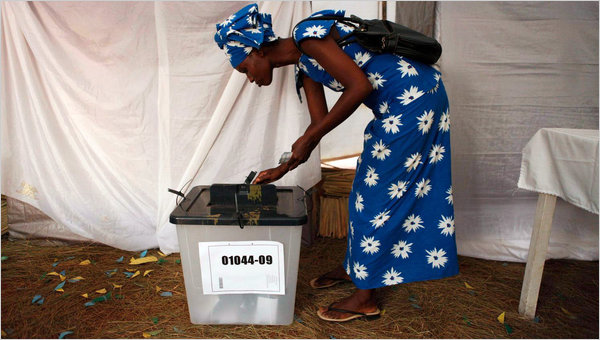 The incumbent Paul Kagame leading the Rwandan Patriotic Front (RPF) will be facing two other contenders, Frank Habineza of the Democratic Green Party and Philippe Mpanyimana, an independent candidate.

At least seven million voters are registered to cast their ballots in what is Rwanda’s third election after the 1994 genocide. President Kagame has won the previous votes (2003, 2010) by over 95 percent and during this campaign for a further seven-year term said he expected to win nearly 100 percent.

President Kagame and the ruling Rwandan Patriotic Front (RPF) expect a victory that would award him a third term and another seven years in office.

President Kagame is globally recognized for his 17-year track record of economic growth, stability and development since the 1994 genocide, when an estimated 800,000 people Tutsis and moderate Hutus were killed.

He has however faced mounting censure for what critics and rights groups say are widespread human rights abuses, a muzzling of independent media and suppression of political opposition.

President Kagame, a commander who led Tutsi rebel forces into Rwanda to end the 1994 genocide, banned the use of tribal terms after becoming president.