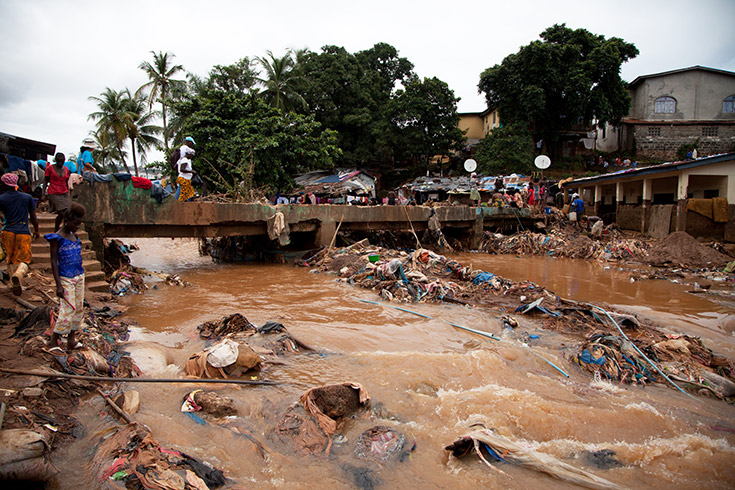 FREE TOWN AUGUST 29, 2017(CISA)-The Jesuit North-West Africa Province has launched a fundraising drive to help in the long-term reconstruction of areas devastated by mudslides and flooding on August 14, 2017 in Freetown, Sierra Leone.

“… We appeal to all our Jesuit companions, communities and institutions throughout the Society, our collaborators-in-mission, friends and benefactors and all people of goodwill everywhere to join in this noble cause as we collaborate with others to care for the suffering Body of Christ in Sierra Leone,” said Fr Chukwuyenum Afiawari, The North-West Africa Jesuit Provincial said in a statement on August 28.

“The flooding and mudslides in Freetown, Sierra Leone, caused enormous destruction of property, can only be a source of deep sadness and agony for us all. This is one tragedy too many for a country still recovering from the disaster of the deadly Ebola outbreak. Our prayers, as Jesuits of the North-West Africa Province of the Society of Jesus…,” Vatican Radio quoted Fr Afiawari as saying.

Fr Afiawari said the Jesuits in the North-West Province will further participate by partnering with those already on the ground noting that the Province had since opened various bank accounts to which well-wishers can make contributions.

The Provincial commended the work of organizations that are working to alleviate the suffering in Sierra Leone.