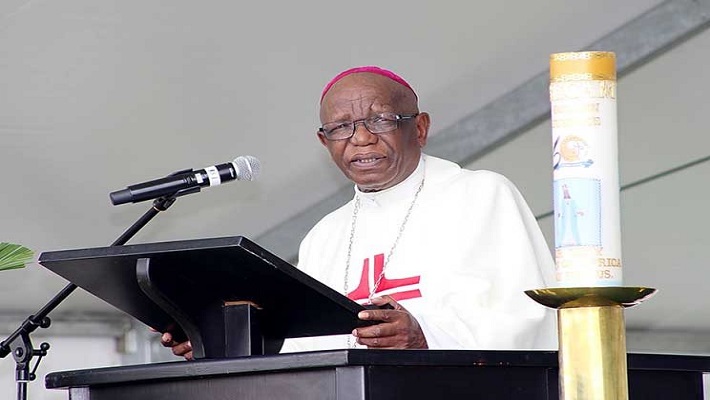 JOHANNESBURG, SEPTEMBER 24, 2021 (CISA)-His Grace Archbishop Buti Tlhagale of the Catholic Archdiocese of Johannesburg has observed the belief in ancestral cults has overshadowed the ‘true’ worship of God and is a major impediment to absolute conversion among the faithful in South Africa.

In an interview with CISA, on September 22, the Archbishop of Johannesburg believes that the belief is manifested in the rituals of initiation and is still prevalent in Southern Africa.

“Initiation for those who seek to be traditional healers. That is where you actually see the belief in its habit. Not only that, but the community continue to believe that ancestral spirits are powerful, are in a position to heal people from their diseases. Now the question of believing in ancestors is also linked to personal illnesses of people and that is why I believe that it is going to be extremely difficult to eradicate the belief in the role of the ancestor,” presupposes the prelate.

The prelate postulates the fundamental question of intrapersonal conflict for Catholics and Christians in general when an individual claim to believe in Christianity, but still holds on to ancestral beliefs.

“If we believe in the power of ancestors, what about the lordship of Christ? What about being baptized into the body of Christ? Surely, there will be a conflict if you believe that ancestral spirits can go into your body and yet at baptism, you also believe that you become a member of Christ surely they ought to be a conflict there. And therefore, the question of the authority of God, of the Lordship of Christ becomes a major question and I don’t think that many of our Christians try even to resolve this question for themselves,” posed the Archbishop.

Archbishop Tlhagale, however, urged the strengthening of Christian formation as one of the ways that a person can be fully converted.

“Let us cleanse the formation of the young people. Let them understand what faith is all about. I think if our teaching is not deep. If our appreciation of the gospel to know the bible, to read the stories of the bible so that they become part of, second nature to you. If the doctrines of the church are not second nature to you, you have nothing to fall back on. They are supposed to be your pillars in the time of crisis,” counsels the Archbishop of Johannesburg.