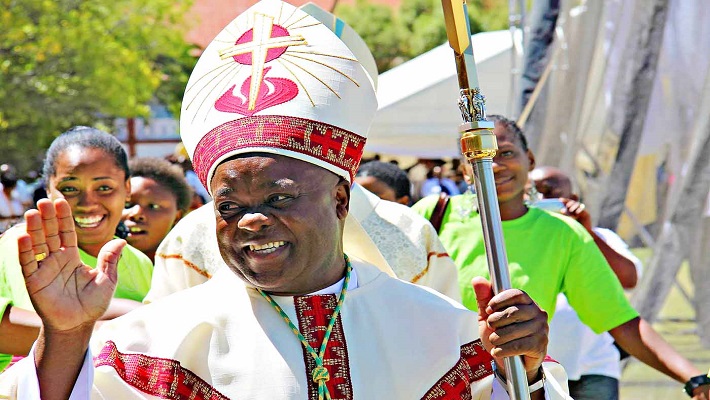 “It is with the greatest sorrow that we announce the death of our Coadjutor Archbishop, Abel Gabuza,” Archbishop Gabuza died at Hillcrest Hospital at 11.45 on Sunday morning,” Wilfrid Cardinal Napier OFM, the Archbishop of Durban said in a Sunday January 17 statement.

“The Archbishop had not been with us in Durban long-just short of two years- but in that time we came to recognise him as a gentle, caring and warm-hearted pastor. Through his gentleness, caring and warmth, he made an immediate impact on everyone who was privileged to make his acquaintance. That’s an added reason why his passing is such a tremendous loss to us and the entire Church in Southern Africa,” said Cardinal Napier.

Archbishop Gabuza was born on March 23, 1955 in Alexandra, South Africa.  He studied at St. Paul Minor Seminary and St. Peter Major Seminary, both in Hammanskraal, then at the National Major Seminary of St. John Vianney.

He was ordained a priest of the Archdiocese of Pretoria on December 15, 1984 and served in parish ministries from 1985 to 1987.

1987–1988 he pursued a master’s degree in theology at the Jesuit School of Theology, University of Berkeley, California.

Archbishop Gabuza taught at the St. Paul Preparatory Seminary in Hammanskraal and served as Rector of the seminary from 1991 to 1994 where he went back to parish ministry.

In 1999 he became Vicar General of the Archdiocese of Pretoria and in 2009 its Apostolic Administrator. He was appointed Bishop of Kimberley on December 23, 2010 and was consecrated on March 19, 2011.

He became President of the Justice and Peace Commission of the Southern African Catholic Bishops’ Conference and advocated for safeguarding workers’ pension funds from government interference and the protection of miners’ health. He also called for better child labour conditions and for efforts to be made to reduce arms trafficking.