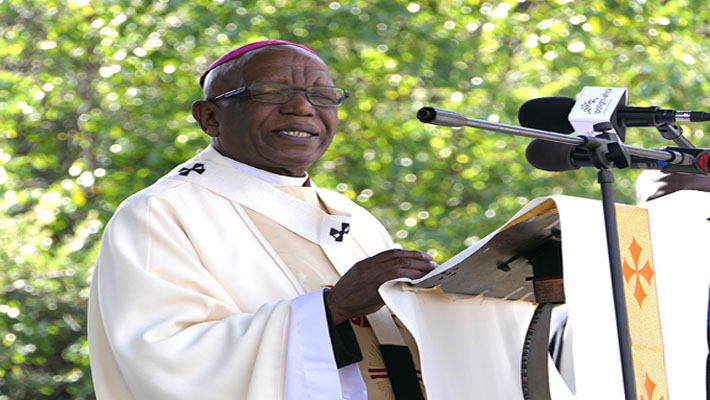 JOHANNESBURG, JUNE 7, 2019 (CISA) – Archbishop Buti Joseph Tlhagale, the Chairman of the Commission for Migrants and Refugees of the Southern African Catholic Bishops’ Conference (SACBC), has decried the call by some South Africans for repatriation of migrants and refugees made by South Africans prior to the May 8 elections.

In his paper titled, “Collapsing the wall of Separation: Reconciliation between Migrants, Refugees and South Africans. Biblical Perspective,” he stated that migrants and refugees are members of God’s household and that they are family and they ought to be treated with the dignity they deserve.

“It is therefore incumbent upon them to treat migrants and refugees as brothers and sisters. Migrants and South Africans stand as equals before God,” he said.

He added that the attack on migrants by South Africans means they are submitting themselves again to the ‘yoke of slavery’ of the apartheid years and that unity is very essential to curb this in their lives.

“What is therefore desirable within the South African context is a genuine, concrete unity between migrants, refugees and South Africans.  South Africans themselves are in desperate need of unity.  The divisions caused by apartheid still run deep,” said Archbishop TIhagale.

The archbishop urged South Africans to reconcile and make peace with the migrants and refugees because they were the ones who threw stones first at them insisting that there has to be a visible expression.

“A symbolic gesture of making amends at national level would go a long way towards assuaging the aggrieved.  A public apology accompanied by a concrete action of restoring the dignity of migrants would be the appropriate thing to do,” he added.

He reminded followers of Christ that they have a task to advance the recognition of diversity and to acknowledge as their calling the promotion of the dignity and sanctity of every person.