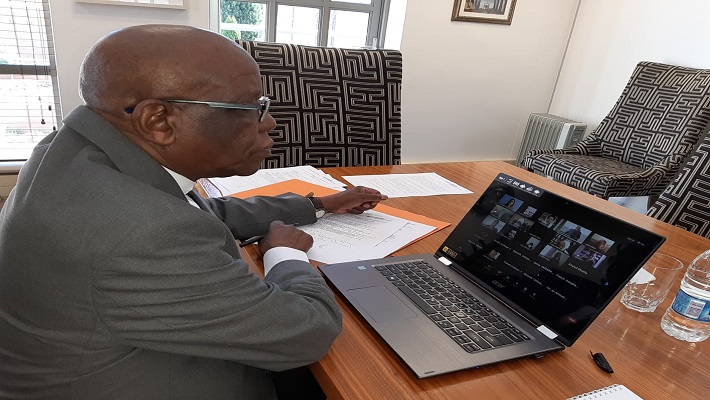 JOHANNESBURG, APRIL 23, 2021 (CISA)-Archbishop Buti Tlhagale of the Catholic Archdiocese of Johannesburg, has been appointed a member of Multi-Religious Council of Leaders by the United Nations High Commission for Refugees (UNHCR).

“His Grace was invited by the United Nations High Commission for Refugees (UNHCR) to be a member of Multi-Religious Council of Leaders and the UNHCR’s high level supporter. The invitation came after a constructive collaboration and networking of the Catholic Church through different stakeholders to the UNHCR,” reported Sr Maria de Lurdes Lodi Rissini
SACBC Migrants and Refugees Office Co-coordinator.

“The call to ‘welcome the stranger’ through protection, compassion, care and hospitality, is deeply rooted in all religions. As wars, conflict and persecution continue to force people to flee their homes, we seek the support of faith leaders and their communities. They are key in not only standing with and supporting refugees during their displacement, but in addressing the root causes that gave rise to their flight,” United Nations High Commissioner for Refugees Filippo Grandi said during the launching.

The April 13 appointment of Archbishop Tlhagale who is also the Southern Africa Catholic Bishops’ Conference (SACBC) Liaison Bishop for Migrants and Refugees coincided with the virtual launching of the council.

Speaking at the virtual launching, Archbishop Tlhagale said, “If religious leaders use their platforms to promote language that supports protecting, welcoming and integrating, it will raise awareness in communities of the moral obligation to welcome and protect.”

According to UNHCR, the two organizations launched the Multi-religious Council of Leaders to strengthen efforts to address the root causes of conflict and displacement, and supporting peacebuilding, inclusivity and reconciliation.

The council consist of religious leaders representing the world’s diverse faith traditions with a track record of serving as strong advocates for conflict prevention, reconciliation and peacebuilding in challenging humanitarian as well as forced displacement contexts, and have experience in building a culture of peace that protects the most vulnerable, especially those at risk of gender-based violence.

The council’s mandate extends the second Global Refugee Forum in 2023.

The council’s objectives include generating multi-religious advocacy, and synergized efforts, serving forcibly displaced and stateless people, in support of UNHCR, at global, regional and national levels

Other members of the council from Africa include:

The Council members’ mandate extends until the second Global Refugee Forum in 2023.