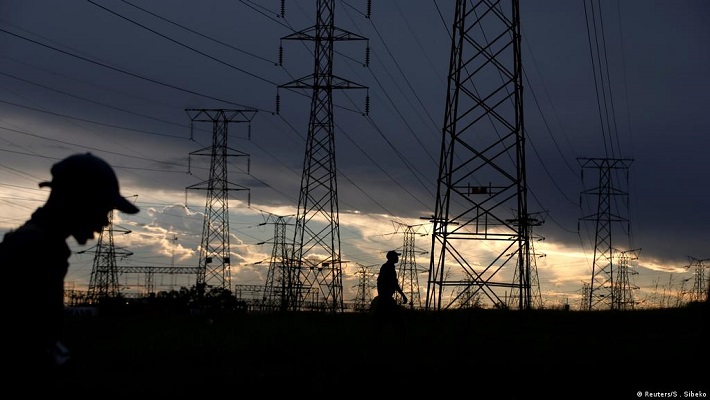 UMTATA, JULY 8, 2022 (CISA) – The president of the Southern African Catholic Bishops’ Conference (SACBC) and Bishop of the Catholic Diocese of Mthatha, Rt Rev Sithembele Sipuka in his July newsletter, expressed concern over the ongoing load shedding that has plunged South Africa into darkness.

The sentiments by the prelate come at the height of a nationwide power crisis with a stage five load shedding meted upon South Africans who at the moment are going for an average of three to five hours a day without electricity. Fearing for a stage six load shedding, which consequentially in the words of the prelate, “translates into 6 hours of production loss… happening in a country that needs economic recovery.”

Bishop Sipuka also condemned the lacklustre response by leaders to the needs of the people calling on them to step down.

“It is evident that there is a crisis, and this crisis is multifaceted and complex. But there are elected leaders in the form of politicians who are paid to provide policy guidance and officials who are paid to ensure operation. A leader is there to ensure that when crisis strikes, it is resolved so that the normal operation of the entity he/she leads continues,” said Bishop Sipuka.

According to the bishop, an incremental load shedding has been precedented by many factors; old power plants, capturing of ESKOM, a South African electricity public utility, and striking workers.

A statement by ESKOM dated July 5, however, suggests that generation capacity continues to improve amidst the crisis, aided by a return of all striking workers, restoration program of various generation units and replenishing of emergency generation reserves which were, “extensively utilised to limit the stage of load shedding over the past two weeks.”

Bishop Sipuka opines that “It does not cut it for leaders to cite problems and challenges for lack of electricity without fixing the problem. It is unreasonable for them to expect us to understand because they are paid to ensure that the electricity supply continues in such a way that societal operations depending on electricity are not severely hampered.”

He continues those leaders should step up and solve people’s problems when they arise and that if they are not up to the task, then they should leave voluntarily so that other competent leaders may step in and solve the problem.

“It is not about the person but the entity achieving its purpose,” he says.

The president of the SACBC maintains that this ineptitude can also be true in the Church, “People can be kept in a leadership position even if indications point to stagnation and a downward spiral in the institution they lead. They can be kept and stay in the position for their own sake, while the institution, in its mission of pastoral care, evangelization and numbers, shows no improvement.”